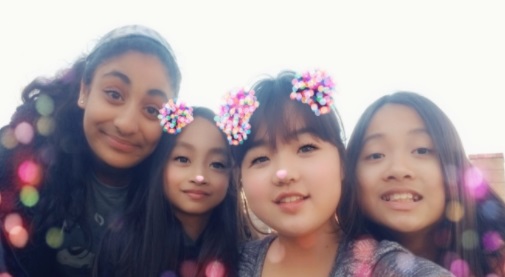 Racism constantly happens in this world, and I know that many of us have faced it at least once in our lives. As a Korean American, I have been exposed to racism several times, and it‘s not the best feeling. Recently, the Asian community has been targeted because of blame for Covid-19. This caused the community to make a hashtag, #TheyCan’tBurnUsAll. The aim of this hashtag is to connect communities and create unity towards marginalized people.

Many Asian-Americans have been exposed to racism from a young age. Growing up in a Korean household, my family used to make racist jokes we would laugh at and move on from, but as I got older and knew the meaning of the jokes, I knew it wasn’t right. Even the smallest, unnoticed things were instances of racism. Students at school used to tell me that they knew how to speak my language and instead of trying, they would say “ling ling” or “ching chong.” Additionally, the way people stereotype Asians angers me ? when you ask someone about Asians, they are most likely to answer that they are good at math and eat dogs. I have personally been bullied countless times for the shape of my eyes and the way that I look.The hours my mom spent making my lunch were a waste because I would throw it away when the kids told me that my food smelled. I just wanted to fit in, and I wanted to feel wanted by people.

Recently, due to Covid-19, hate crimes and racism against Asian people have increased. Every time I check the news, a new report of a hate crime shows. As an Asian, I was taught to respect the elders, and to hear that the elderly people are being targeted pains me. A lot of these acts are happening because of Covid-19 originating from Asia. In one of the recent hate crimes, an innocent elderly man named Mr. Vicha was slammed to the ground by a young man. Unfortunately, Mr.Vicha passed away due to the incident. Another story was in New York, where an Asian woman was held at gunpoint and robbed of $3000 dollars. Though she did nothing wrong, just because she was Asian, this happened.

Everywhere I go, I face racism, but not as much as I did before Corona started. Everybody would blame me and would tell me to go back to my country, and it pains me that as an Asian, just because of this virus, I have to be blamed for my identity. Even though I’m only speaking for the racism against the Asian community, hate in general should be stopped. We should all unite and become one, Through experiencing and witnessing these things, I was able to learn a lot more. I was once the girl that was embarrassed about her heritage and culture, but I now will stand strong and speak up for the Asian community. I AM PROUD TO BE ASIAN.