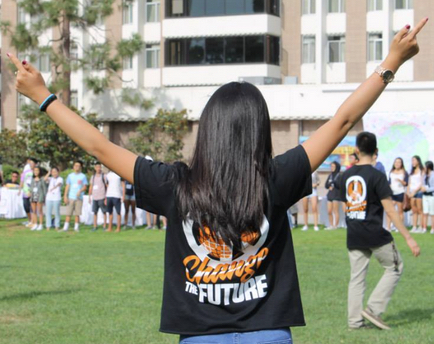 The California Association of Student Councils (CASC) is hosting its annual summer leadership conference from July 27-30 at the University of California, Santa Barbara (UCSB), offering lessons of leadership and empowerment to the attending student government groups and aspiring leaders.

CASC is more than a summer camp; it is a student-led, student-run organization in which groups of high school delegates take part in multiple workshops designed to foster creativity and collaboration. Rather than employing adults to take charge, CASC trains and entrusts students to directly lead these council groups in different activities and discussions.

Founded in 1947, CASC was created when the state’s Association of School Administrators and Department of Education decided that it was necessary to create a statewide student council. Since then, CASC members have been integral to enacting changes in the local and global community, from proposing changes in educational policies to the State Board of Education to conducting leadership training for the American Society of Aesthetic Plastic Surgery.

CASC hosts multiple conferences throughout the year, each with a different purpose. The Youth Action Summit of California (YASC), in March, teaches Californian and international delegates how to enact global and local change, while participants at the Student Advisory Board on Education (SABE) and the Student Advisory Board on Legislation in Education (SABLE) conferences formulate and present education reform proposals to the California Senate Committee on Education at the Capitol.

SABE and SABLE are the only conferences in the nation that allow students to communicate their views and concerns to the Senate and Assembly Committees on Education. Students at the SABLE conference wrote and sponsored SB 1422, which establishes a committee in school districts to deliver student feedback to teachers. That bill was passed by the legislature in 2010 and signed into law by Governor Arnold Schwarzenegger.

In an interview with JSR, Andrew Kwak, a rising freshman at Cal Poly San Luis Obispo, said, “My CASC experience has been life-changing and one of the best decisions I’ve ever made.”

“[At SABE,]” he continued, “I was exposed to various topics on modifications that will be done in the education system in the coming years. This conference, and CASC as a whole, has helped me become a strong and motivated leader to make my mark by changing the world one step at a time.”

“As a reserved freshman, I wasn’t comfortable speaking publicly, had low self-esteem, and wasn’t very good at connecting with people. However, that all changed when I went to my first CASC region conference. Not only did I learn techniques for public speaking, leading a team, and managing conflicts, I was given opportunities to apply these skills at the actual conference,” Wang told JSR.

CASC members realize the importance of applying the valuable ideas they learn in their own respective communities.

Wang continued, “I experienced a tremendous amount of personal growth from CASC events, and now, as Orange County’s [CASC] President, I am able to give back to this organization… CASC really gave me the tools I needed to impact my community.”