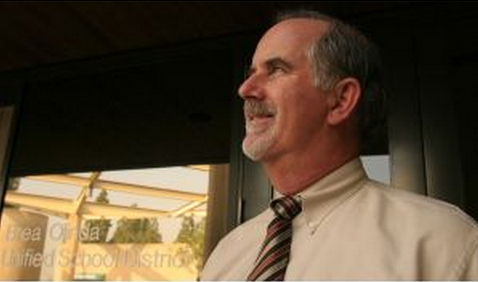 Arthur J. “Skip” Roland, superintendent of Brea Olinda Unified School District (BOUSD) since December 2007, will begin his retirement at the end of this school year.

According to Jerry Halpin, the principal at Brea Olinda High school, Dr. Roland was a great leader. Principal Halpin and Dr. Roland have worked together since Halpin became the principal of Brea Olinda High School in August 2003, cooperating closely on major facility projects such as supervising the new building, building the Building Industry Technology Academy (BITA) yard, outfitting the Global Information Technology Academy (GITA) classroom, and repairing damage incurred by fires and earthquakes.

“I have mixed feelings about Dr. Roland retiring. I am happy for him and I have loved having him as a mentor for the past twelve years. On the other hand, he will be very difficult to replace,” Halpin told JSR.

“With his integrity, Dr. Roland has led the school with the motto of keeping the needs of students’ first,” Halpin continued, “even after catastrophes such as the fires about six years ago and the earthquake a couple years ago.”

She added, “His commitment to our mutual success and his unwavering faith in our future makes him a great leader.”

Carrie Flanders, a BOUSD school board member, told JSR, “He is a genuine and honest person [with] the patience of saint and the ability to explain the most difficult issue in a way everyone can understand. He is a genius and the definition of a true educators.”

According to the BOUSD website, Dr. Roland served as Assistant Superintendent of Business Services prior to becoming Superintendent. He has also worked as a history and math teacher, school counselor, activities director, coach, cheerleading advisor, assistant principal, and as a principal in both Orange Unified School District (OUSD) and Saddleback Valley Unified School District.

Dr. Roland has left a strong impact at BOUSD and it will continue for many years.