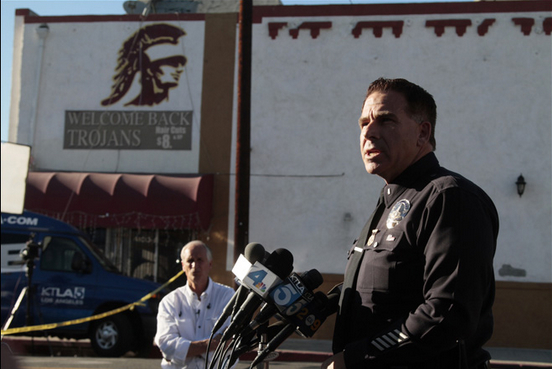 The beating death last month of University of Southern California (USC) graduate student Xinran Ji has led to questions from parents and students about security of USC’s campus and surrounding areas.

Ji, 24, was killed as he was walking home at 12:45 on July 24 by four teenagers, Jonathan DelCarmen, 19; Andrew Garcia, 18; Alberto Ochoa, 17; and Alejandra Guerrero, 16. Because there was a similar case two years ago wherein two Chinese students were murdered during an attempted robbery, international students and Asian American students are particularly worried and raising their voices to ask for better protection while at school.

According to undergraduate student Sarah Bang, the deaths have caused international students including herself to feel unsafe.

In an interview with JSR, Bang said, “The neighborhood is definitely not safe at night. Some services the students can use, such as the Campus Cruiser system [which offers free rides to students in the area], are inconvenient, so many students do not use them. I think those could be improved.”

Heejung Choi, a parent of a USC student, expressed concern when speaking to JSR.

“My child goes to a school where cases like murders are happening,” Choi stated. “I pay a lot of money for tuition. I would like to see a safer environment for students to study.”

Choi continued, “My daughter also studies until late night at the library and walks back to her dorm. I don’t think she is safe anymore.”

In response to criticism, the school has limited public access to campus and is in the process of upgrading its network of cameras and increasing security staffing.

“I am still applying for USC, but I think they should strengthen their security during summer,” said high school senior Joy Basinger to JSR.