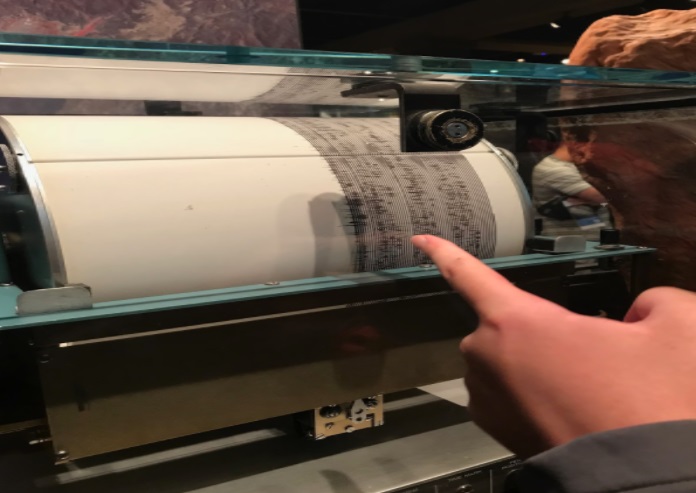 A few close friends and I recently went to the American Museum of Natural History: a place none of us have been to in the past decade. The same long stairs were still there, and our 26th president greeted us from his perch on a bench. It certainly was the magnificent and impressive American Museum of Natural History, AMNH, that we grew up to know and love.
As we entered, First up was the exhibit everyone was itching to get to and the one where we had made the most memories of: the dinosaur exhibits. It was just as incredible as I had remembered. There were countless fossils behind glass cases on display, with some having images or miniature replicas of what the animal would have looked like. The exhibits snaked around the entire floor in chronological order. Each display case held fossils that were slightly different from the previous room, until they started to resemble the animals that we are familiar with today.

After descending three flights of stairs, we came to the face of the museum. Before us hung the life size blue whale: the centerpiece of the marine life exhibit. From afar the majestic beast looked just like it did a decade ago, but upon closer inspection I noticed that it looked bland. The blue of its skin seemed like it faded away and the shine in its eyes was gone. What’s worse was that the entire bottom section of the exhibit was marked off as a vaccination site. Everyone who has been to the AMNH knows that the first floor exhibits in the marine life section are more interesting than the ones on the balcony. Because of this, my friends and I were disappointed since we had spent about an hour and a half getting to the museum and waiting in the line to see this exhibit. But we carried on, maybe some cool rocks would fill the void in our hearts.
We were right. Some interesting rocks did lift our spirits since there were quite a few screens to press that gave information on the rocks and devices to fiddle around with. For instance we were able to flex our knowledge of environmental science by taking a true or false quiz on climate change. We aced the quiz, but don’t tell our environmental science teachers that it took us two tries. Most of the rocks and diagrams in this section were intriguing since we somewhat had a grasp of what was happening. We knew about the pacific ring of fire, so understanding the television monitor with the recent geological events was a walk in the park. Most of the rocks on display quickly became a quiz to test out knowledge. We would look at a rock and try to predict which type it was and possibly which continent it came from.

It was refreshing to re-experience the fascinating exhibits with close friends. Not much has changed in the decade since I had last been, but that didn’t matter since we saw the museum with a new lense. The hour-long trek was definitely worth it in the long run.