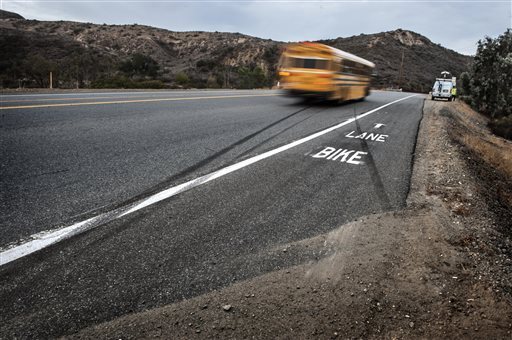 Motor vehicle crashes are the number one cause of deaths among teenagers in the United States. Each year, more than 3,000 teen deaths are caused by automobile accidents, and the fatality rate for teenage drivers is four times that of adults between 25 and 69 years old.

According to a study by the University of California, Irvine, there are many causes of teen driving collisions. The top six are unsafe speed, auto right-of-way violation, improper turning, not following traffic signals and signs, unsafe lane changes, and driving under the influence (DUI). Cell phone use and texting while driving, as a part of distracted driving as a whole, is also a major cause of teen car accidents.

In 2013, two high-profile car accidents resulting in the deaths of six high school students brought the Irvine community’s attention to the importance of teen driving safety.

Four Irvine High students—Nozad Al Hamawendi, Cecila Zamora, Robin Cabrera, Christine Cabrera— and one University High student—Abdulrahman M. Alyahyan— were killed three weeks before summer vacation last May when their car slammed into a tree, split in two and spun off the road before bursting into flames. Alyahyan, 17, was the driver but had only a provisional driver’s license, making him legally restricted from driving with passengers under age 20 in the car. Police suspect that speed was a factor in the crash.

Twenty-five counselors and psychologists were made available on the Irvine High campus following the crash, said Ian Hanigan of the Irvine Unified School District, and five hundred students, parents, and faculty members attended a candlelight vigil organized over social media.

“It was organized by students to show their respect and support for the victims,” said Irvine High Spanish teacher Rhonda Rundle, who attended the vigil. “You could truly see the resilience of the students.”

Yet just four months after the first accident, Irvine High student Elizabeth “Lizzie” Johnson was killed in a car crash involving another vehicle driven by an intoxicated driver. Johnson would have begun the school year as a junior the very next day.

“We’re all still shocked because just a few months ago there was an accident, and we thought that accident could have been a wake-up call to prevent future accidents,” said sophomore Eliza Nguyen in an interview with the Orange County Register, “but it didn’t. I just feel sad.”

Both accidents occurred after the Irvine Unified School District (IUSD) partnered with the Irvine Police Department to launch a program called “Smart Start” to educate student about safe driving in August 2012. Any student who wishes to purchase a parking permit at any of the IUSD schools is now required to take the Smart Start program, which teaches students about the dangers of distracted driving, speeding, and driving under the influence of alcohol or drugs.

“We have a good program in place,” Hanigan said. “But good training does not make students immune when driving on the road.”

Teens being injured or killed behind the wheel is a huge problem in Orange County today. According to the Silver Thorne Attorneys, Orange County is the county with the fifth highest automobile death statistics in California.

“I think teenagers need to drive,” Santa Margarita Catholic High School student Yesai Park said in an interview with JSR. “Some parents don’t have time to give rides to their children because of their occupations. Without being able to drive, students can’t do the things they need.”

However, not every teenager agrees with Park.

“Many young lives could be lost— driving in itself is a risk to people of all ages,” Cerritos High School freshman Melanie Tran said. “However, putting young people behind the wheel and expecting them to be safe is an especially dangerous decision.”

In fact, UCI reported that out of the 28 fatal crashes involving teen drivers in 2005, six were caused by 18-year olds under the influence. Additionally, two out of every three teenagers involved in crashes were accused of being the faulty driver. Thirty-eight percent of fatal teen crashes were due to driving over the speed limit.

“Teen driving definitely gets more dangerous due to the inexperience, recklessness, and immaturity of the drivers,” New York University freshman James Kang said. “These traits lead to speeding and other reckless decisions.”

Parents are also concerned about teenage recklessness behind the wheel.

“You get nervous just by thinking about your child driving,” parent Hannah Chun said. “You know they’re young and immature, and who knows what they’ll do on the road.”

Many parents tend to want their children to get their permits later and start commuting independently at a later age.

“I’m against [teenage driving]” Santa Margarita Catholic High School teacher Francisco Javier Calvo said. “As a parent, I want what’s best for my children. Parents [need to] teach their children responsibility, accountability, and mortality. A car can be a weapon. “

What is Being Done?

Many different organizations have been created to combat the prevalence of teen driving accidents.

Some schools have implemented the “Safe Rides” program. This volunteer-run program proactively aims to prevent all types of impaired driving and to assist children who have been orphaned or injured by impaired driving crashes.

“We get calls from teenagers who are in unsafe situations that includes them being drunk and stranded, which allows us to pick them up,” South County Safe Rides President Mary Sage Hughes said. ‘’It’s a really great program, especially that our fellow students trust us enough to call [for help] instead of getting in the car, driving impaired and putting themselves or others in dangerous situations.”

A group called Impact Teen Drivers (ITD) was created in 2007 in order to inform teens and other drivers about the dangers of careless and distracted driving. Their goal is to get one message through to the younger drivers: “Focus on the road ahead and get to where you are going safely.”

In the beginning, Impact Teen Drivers primarily educated California public schools by providing educational materials, such as posters and t-shirts, to engage the curiosity of high school students. As the ITD’s campaign grew, however, more volunteers have joined the movement. Today, ITD has reached out to over two million students across America.

Martha Tessmer, an ITD leading facilitator and ITD Education Outreach Coordinator, joined the Impact Teen Drivers to help teach the dangers of careless and distracted driving to others after losing her son in a fatal car accident on July 8, 2007, just three weeks before his 17th birthday.

“Distracted driving is not selective about who the victims will be OR on where they live, what they do, or what they plan to do,” Tessemer said. “Everyone is at risk… because the distractions involved are common habits such as applying makeup rather than looking at the road, or holding onto a latte rather than steering a wheel— and of course, the ever present temptation of a driver to use their cell phone.”

“People can get involved by first communicating within their own world of influence how important it is to drive safe,” Tessemer said. “Speak up if the driver allows themselves to be distracted.”

A big factor that creates a distraction whilst driving is the cell phone. Thus, AT&T has started the It Can Wait campaign to warn drivers of the hazards of texting behind the wheel. It Can Wait encourages teenagers to take the following pledge: “No text message, email, website or video is worth the risk of endangering my life or the lives of others on the road. I pledge to never text and drive and will take action to educate others about the dangers of texting while driving. No text is worth the risk. It can wait.”

Tragedies like those that occurred in Irvine last year are stark reminders of the dangers of teen driving. Yet according to ITD’s Tessmer, “the national statistic of total teen car crash deaths was reduced by nearly 2,000 people through the collective efforts of non-profit organizations.”

Therefore, students, parents and the community can help reduce the rates of teen car accidents by helping raise awareness and educating teenagers in particular about the dangers of distracted, intoxicated, and generally unsafe driving.