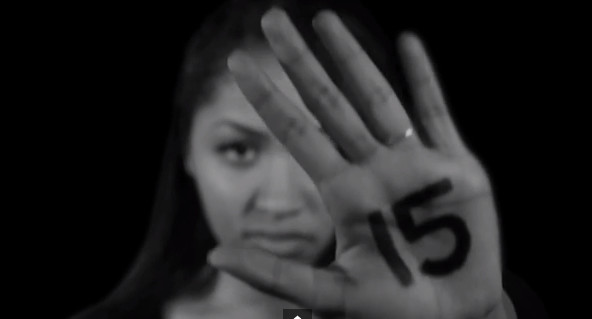 The following article was created by combing separate articles submitted to JSR by the following student editors:

On Thurs., March 6, and Fri., March 7, Valencia High School (VHS) held Every 15 Minutes, a biannual program which promoted awareness of the effects of driving under the influence of drinking alcohol and other behaviors that can cause injury and death when done behind the wheel. Unfortunately, the program’s purpose was further highlighted by the death of Valencia student on the morning following the program.

In a partnership with the city of Santa Clarita and the Santa Clarita Valley Sheriff’s Station, VHS embarked on Every Fifteen Minutes to create a mock simulation event. According to the Every Fifteen Minutes website, “This powerful program will challenge students to think about drinking, texting while driving, personal safety, and the responsibility of making mature decisions when lives are involved.”

During the first day of the program, certain students were taken from classes by a costumed Grim Reaper to signify their “loss” to the school. To represent the statistic that someone is killed in an alcohol-related accident every fifteen minutes, a student was “killed” every quarter of an hour. The PA announced a student’s death, and classroom televisions depicted a picture of them with their “final words.” A police officer then read an obituary to the class, and a memorial site was set up to commemorate the students.

A mock crash site was also set up on the street outside the school, where juniors and seniors watched members of the fire and police department come to rescue the “victims” placed at the scene. Students who “died” were forbidden from speaking for the rest of the event.

“The dead were chosen in an attempt to reach as much of the student body as possible, so that each student had at least one connection to a fallen student,” said Bett Huffaker, an English teacher, to JSR.

“It is a very lengthy process, as we have to talk to their families to make sure they give their consent.” Despite it being a simulation, it became an emotional event when people lost their best friends.

“I just saw someone in pain and wanted to do anything in my power to help her. Even though it was an emulation, the pain was genuine,” said participant Eddie Kim, who consoled a crying student.

The program was concluded with a two-hour mock memorial service on Friday, during which local speakers related to actual victims of DUI accidents in Santa Clarita shared their experiences with the school.

One accident recounted to students involved Tim and Danny Renolds, who were killed fourteen years ago in a collision on Soledad Canyon Road in Santa Clarita. Victims of reckless driving, they and one other passenger were killed due to the actions of a driver who would serve four years in prison for involuntary manslaughter. Their parents are still devastated by the loss.

“[The victims’] real life stories reached out to me… there was raw emotion lingering heavily in the air, and I think that’s what made it so indescribably real,” said Hayden Rusk, a junior.

“It was almost surreal,” said another student. “I had no idea that [Every 15 Minutes] was going to be so emotional. In my head, I knew it was all fake, but when I realized that the people who were ‘killed’ were people I knew from my classes or around campus, it was still incredibly impactful. And the memorial service at the end… I cried.”

Valencia Television also produced a video to follow-up on the “victims” after the crash. The video depicted treatment at hospitals, parents being informed of the deaths, and a visit to a mortuary to see the preparations that family members make for the funeral of a loved one.

Additionally, students saw the driver of the mock accident taken to court to for a trial on charges of manslaughter and DUI.

“I think it’s a good program and that it’s neat how far we go to try to spread this awareness. Even though many people don’t take it seriously, I believe even if just one person is touched and thinks twice about it all, then it is worth the investment,” said senior Nat Miller in an interview with JSR.

Yet the death of a VHS senior early on the morning after Every 15 Minutes demonstrated the continued threat of driving under the influence. At approximately 4:20 am on March 8, 18-year-old Blake Cook was struck and killed by an unknown driver in a hit-and-run crash.

Cook was a passenger of 20-year-old Saugus High School graduate Eddie Camargo, who was arrested at the scene on suspicion of driving under the influence of drugs. Camargo’s vehicle crashed into a 1997 Corolla early Saturday morning and blocked two lanes of Interstate 5 in Sylmar; Cook jumped out of the passenger seat and was struck by a truck that fled the scene. Camargo, an unidentified third passenger, and the driver of the Corolla sustained moderate injuries.

Alcohol, which is the primary focus of the Every 15 Minutes campaign, is the most significant cause of DUI collisions and fatalities. Yet the criminal charge facing Camargo is a reminder that other substances can also impair both driving and judgment.

According to the National Institute on Drug Abuse, between four and 14 percent of drivers who sustain injuries or die in traffic accidents test positive for THC, the psychoactive ingredient in marijuana. Drugs such as marijuana can reduce motor skills, distort cognition, and change perception. This, when combined with driving, can lead to disaster.

Cook’s death served to further impact students who had already been influenced by the program. “As a participant of Every 15 Minutes, I am overcome with grief and sadness that a simulation has become a reality,” stated Delena Fischer, a junior at Valencia, to JSR.

Cook’s death quickly spread on social media websites such as Twitter, Instagram, and Facebook, with users all over the valley posting messages and photos commemorating Cook’s life with the hashtags #RIPBlakeCook and #BlakeKhalifa.

“Sadly, we lost Albert Castro, Dylan Zimmerman, and now Blake Cook this year,” shared Ayla Grondahl, a senior at Valencia and a childhood friend of Cook. “Although [Cook] and I didn’t always get along, we were always there for each other, and I just can’t believe that he’s gone.”

Several Twitter users made a connection between Every 15 Minutes and Cook’s death.

User @sierragettman tweeted on March 8, “Now do you regret making fun of every 15 minutes, because it’s officially real in Scv. #RIPBlakeCook”

User @bbohning wrote “Every 15 Minutes is not a joke, and it’s just now becoming a reality for a lot of people in SCV. Sad to see this happen. #RIPBlakeCook”

After the emotional impact of this hands-on experience and the accident that followed, the core message of Every 15 Minutes will hopefully be taken to heart as students reflect on the consequences presented to them through the program.