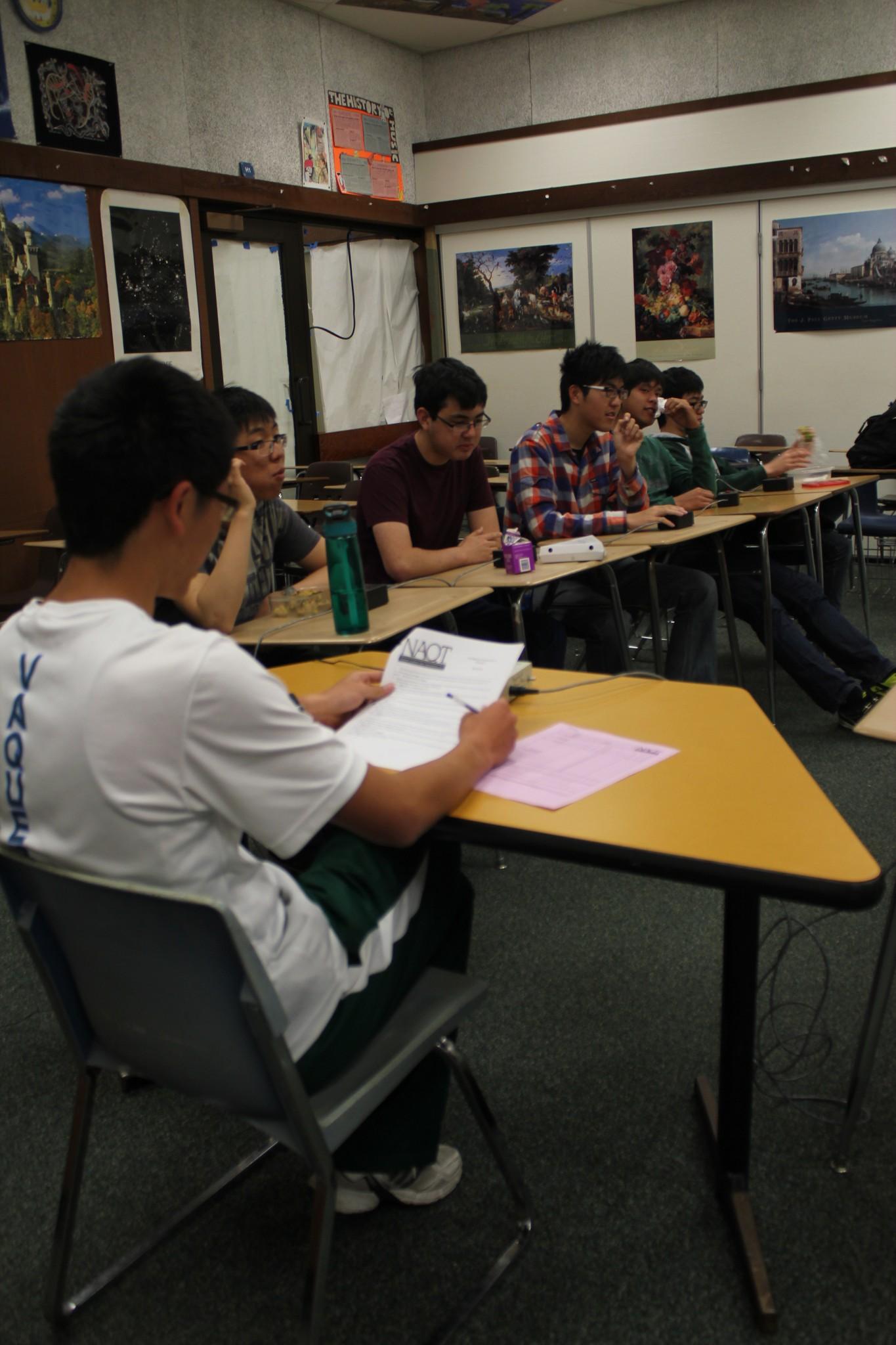 “We didn’t compete, but I wasn’t disappointed,” junior and tournament director Ryan Leou said. “When attending a tournament, you’re just playing Quiz Bowl. But hosting is a larger and more important role. You have to prepare months ahead of time and do work behind-the-scenes to make sure everything’s running smoothly, and resolve any issues that come up.”

The team was notified that Irvine High had been selected as the championship host last November. It began preparing for the event in January by discussing tournament brackets, lists of potential invitees and other logistics.

“Everyone works together in Quiz Bowl,” Peck said. “Their teamwork during competition transfers over to their teamwork when hosting. Everyone knows they’re going to need to pitch in, whether it’s to moderate or to keep score. Everyone takes a role.”

“There’s definitely more pressure this year,” Quiz Bowl president Benjamin Chiang said. “Last time competing we held no expectations because of our low national ranking, but this year we’re in the top 50-60 with expectations we hope to fulfill. I don’t want to jinx it, but our team goal is to surpass the other Southern California teams.”

Chiang, Jeng, Kim and Leou also represented Orange County in the 2012-2013 Academic WorldQuest National Competition in Washington, D.C. held April 25 . The competition was organized by the World Affairs Council, an organization which promotes global citizenship, and was an all-expenses-paid international knowledge competition attended by 40 teams from across the country.

“I think this is a great opportunity for Quiz Bowl and Irvine High,” Leou said. “The team learned about global issues like education and international relations, and hopefully we’ve brought an opportunity to IHS that will continue for years to come.”