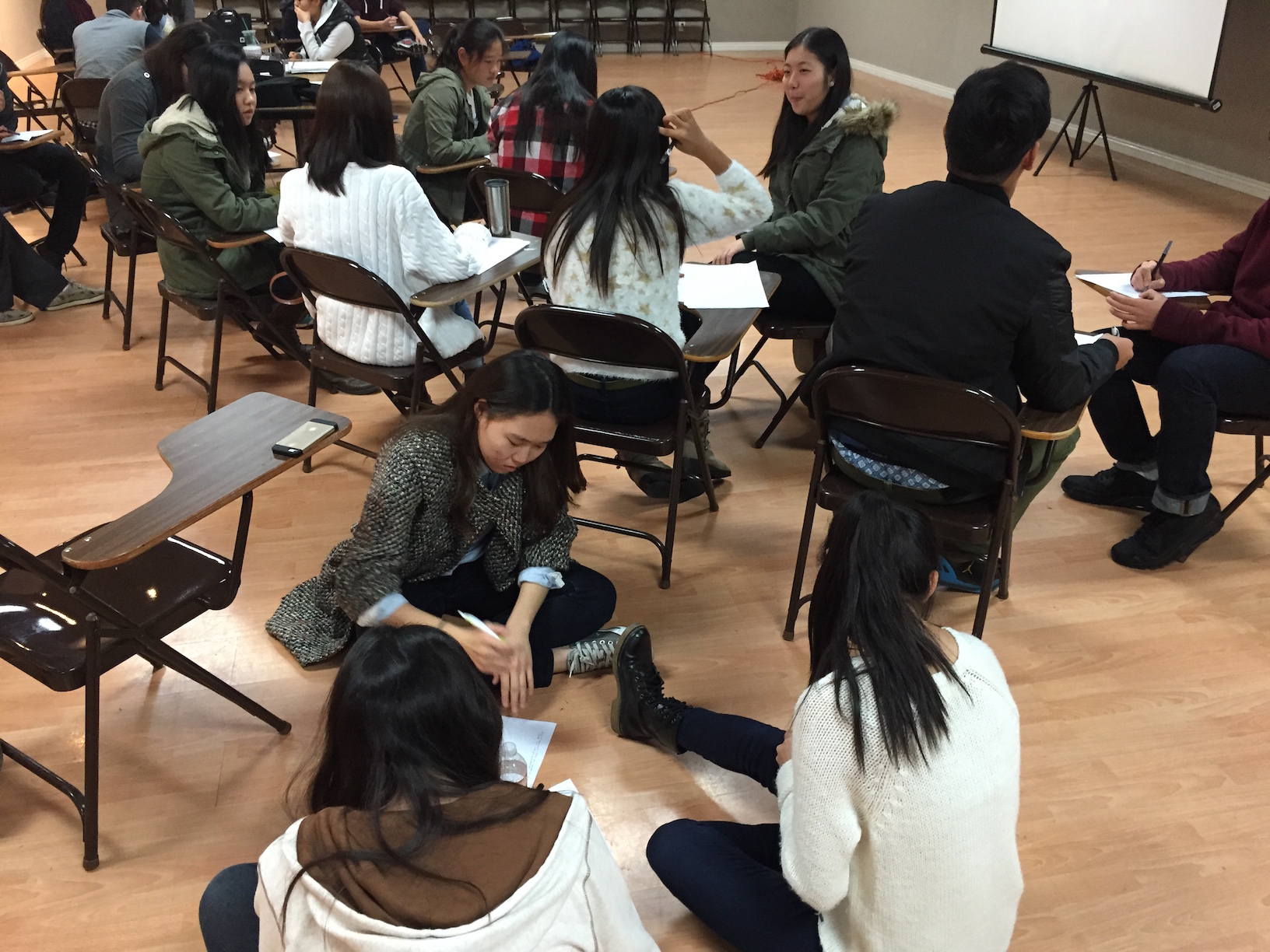 On Saturday, January 10, new and continuing student reporters visited the Korea Daily in Los Angeles to meet each other and learn the intricacies of the JSR program at the beginning of the Spring 2015 Semester. From 1-3 pm, new reporters were oriented by veteran student editors Julia Bok and Aaron Lee while continuing reporters and new editors participated in a workshop with program coordinator Geoff Geis.

During the session, students reflected on what they wanted to learn from the program and interviewed each other to learn more about their peers’ ambitions.

Bren Lee, a new student, told JSR that he joined the program because he wants to “broaden [his] knowledge of other cultures.”

According to Crystal Gill, who is also part of JSR for the first time, journalism is a “way to gain leadership, learn writing, and become more involved with the community.” Gill continued that she has “hopes of raising awareness amongst the uninformed.”

New reporter Amy Wang spoke to Ashley Ku, another new reporter who is excited because “the program allows us, high school students, …to voice our opinions.”

Richard Park, a continuing student, interviewed new reporter Jordan Liu, who is active on his school’s newspaper and yearbook staff. During the interview, Jordan expressed his excitement that he’ll be able to write articles that aren’t limited to his school because “something that everyone in the public can read extends further” than in-school writing.

Joyce Kang interviewed Linda Lee, a returning student who has been promoted to an editorial position. When reflecting on the program’s value to her education, Linda told Joyce that she gained awareness of current events, learned how to take objective views on controversial topics, and practiced going beyond the surface of issues to take a deeper look. Additionally, Linda said that the program’s deadlines made her more responsible.

Overall, the students of JSR showed their confidence, talent, and desire to learn during the orientation session. Yet the students who were able to attend the session aren’t the only ones in the program; in fact, reporters are scattered across Southern California and are also located in such diverse locales as Wisconsin, Virginia, Michigan, New York, New Jersey, Mexico, and South Korea! As JSR extends itself into a truly global experience, both participants and staff have high hopes for the future.