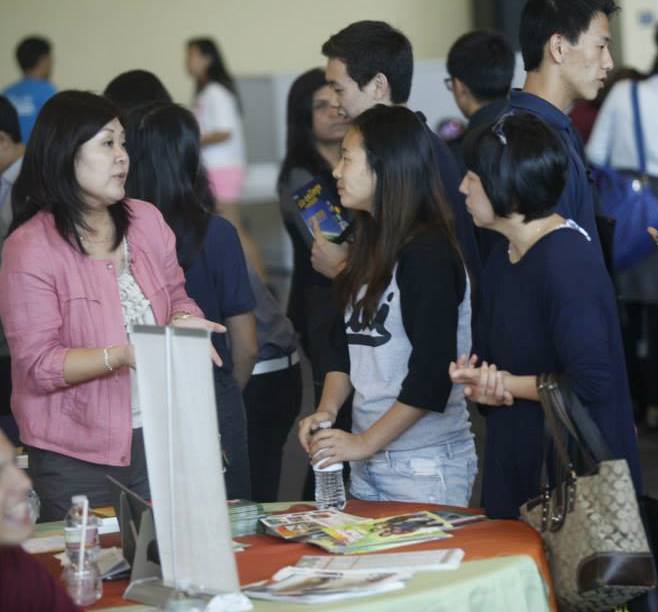 The Korea Daily’s ninth annual College Fair, presented by McDonald’s and sponsored by Wilshire Bank, takes place from 10 am until 3 pm on Saturday, September 20 at Choong Hyun Mission Church in Glendale. The fair will include speeches and seminars from educators and role models, one-on-one counseling sessions with educational professionals, and booths from a variety of institutions.

Seminar topics will include “Maximizing Financial Aid,” “Making Yourself Unique with Extracurricular Activities,” “Secrets of the Ivy League,” “Undocumented Student Admission Preparation,” and more. In addition, students will have the option to take the Brain Orientation Suitability Inventory (BOSI) test at a discounted rate.

Students will also have the opportunity to meet with representatives from more than 40 top schools from around the US including such prestigious universities as Boston College, Carnegie Mellon University, the University of Chicago, Johns Hopkins University, NYU, UC Berkeley, UCLA, and the University of Southern California.

In addition to these traditional schools, art schools including the New York Film Academy and Otis College of Art and Design will have booths.

Last year, Otis representative Rebekah Kim was interviewed by JSR’s Sydney Chang. She told Chang, “I was always grateful to have the support to go to an art school and… I want to help fellow Asian Americans to receive that same opportunity.”

The college fair is not just for students, however. Parents will also have a lot to learn if they attend.

“I thought all you needed to get into great colleges was a high GPA and a good SAT score,” mother Young-Sook Jin told JSR reporter Jinjoo Park. “After watching seminars given by parents who sent their children to the best universities, I learned that grades are not everything.”

Hee-Chul Kim, another parent, told reporter Park that he was grateful to “the Korea Daily for giving parents, who often don’t speak English well, the opportunity to learn so much about colleges.”

For more information, and to register for attendance, visit collegefair.koreadaily.com. The fair is free to attend; Choong Hyun Mission Church is located at 5005 Edenhurst Avenue, 90039.