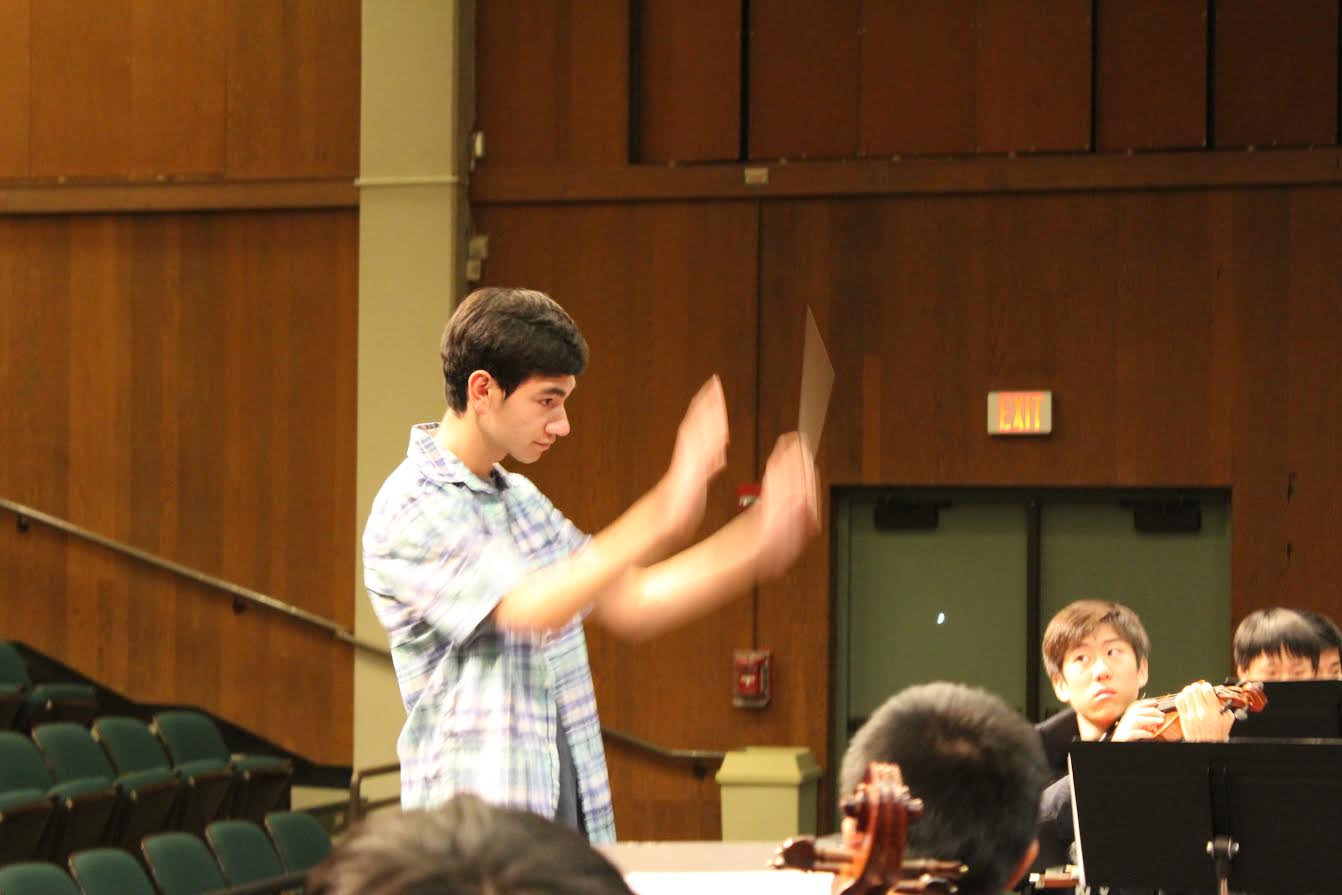 Music is sound in artistic form. Many are able to read the notes off a page and translate them into sounds, but Irvine High School (IHS) sophomore Sean McNamara composes music itself.

Although he is not IHS’s first student to compose music, McNamara is the first since the 1990s to do so for the school orchestra.

“Creativity, vision, and desire are all needed to be a great composer,” IHS instrumental music director Bob Avzaradel said. “[McNamara] possesses them all.”

McNamara began composing in sixth grade after he was inspired by listening to the classical music in the Japanese video game “Mother 3.” Today, he enjoys listening to large symphonic works by composers like Mozart, Strauss, and Shostakovich and cites works by Mozart and Haydn as major inspirations.

After writing hundreds of drafts, he finalized his first piece, “Serenade No. 3,” in 2011. Though that piece was not performed, McNamara’s dream of hearing his work played by an orchestra was fulfilled when the IHS Philharmonic Orchestra played his “Snow Over Hangzhou” at the school’s annual holiday concert in December 2013. “Snow” was inspired by McNamara’s friend who lived in Hangzhou, China and took the composer three months to complete.

“I find it impressive that a high school student can compose a piece of such caliber,” IHS Philharmonic Orchestra principal cellist Rebecca Suh said. “His use of the pizzicato technique, the plucking of strings, to make it seem as if snow is actually falling, is quite unique.”

McNamara has composed at least 31 other pieces including “Eternal Empress Waltz,” which he considers his masterpiece. To create the piece, McNamara had to write music for 18 instruments — six of which were new to him. After being inspired by hearing the music in his head, he worked with musical sequencing software to arrange the piece using a computer.

Speaking to JSR about his process, McNamara said, “The music itself comes from an idea that is inspiring. Sometimes, the music comes when I passionately play piano for leisure.”

As for his aspirations, McNamara wishes to compose for the rest of his life but he told JSR that he wishes to keep it more as passion, rather than a profession.