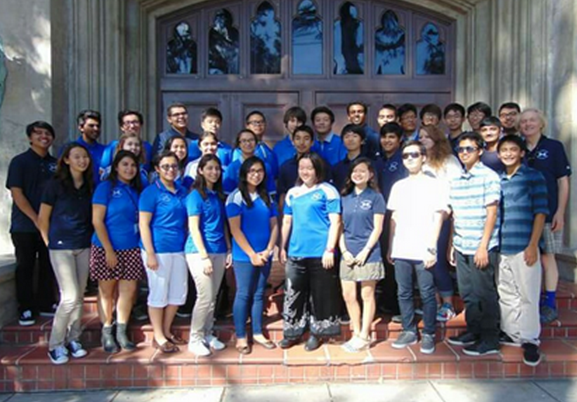 On Friday, September 18th, John Marshall High School hosts the Academic Decathlon Fall Classic, during which a number of Academic Decathlon teams from Southern California will be competing using the 2015-2016 topic: India. The decathletes will be facing off with a Super Quiz and an Oral Relay consisting of seven objective subjects: art, economics, language and literature, math, music, science and social science.

John Marshall has been an active participant in the state and national decathlons, high school academic competitions consisting of tests, performance events, and essays, since 1981. The school’s team won national championships in 1986 and 1994.

Near the end of 2014-2015 school year, head coach Larry Welch recruited 150 to join the team, yet only 30 students have stayed in the team because it is not always easy to balance the decathlon and school work. Being on the team requires hard work and dedication.

But it is not impossible.

Furthermore, academic decathlon program is not just a competition but an opportunity for students to experience new perspectives and make friends.

“Working with the decathletes and seeing their scores go up really made me feel relieved. John Marshall’s Academic Decathlon program really made high school a lot more meaningful than it would have been without it,” Minjae Lee, last year’s student coach, said in an interview with JSR.

Lee added, “The Academic Decathlon is a place where you can make a new family.”

Last year, the team ended up with a third place finish in the city finals and a fourth place finish overall in the state. After returning home, the decathletes began the process of building a “monster team” for the 2015-2016 campaign.

“We are winning nationals! What makes me so sure is the level of enthusiasm these guys showed over the summer. They are especially bonding as a team outside of the program, [and that] just helps to further my faith in them,” she concluded.