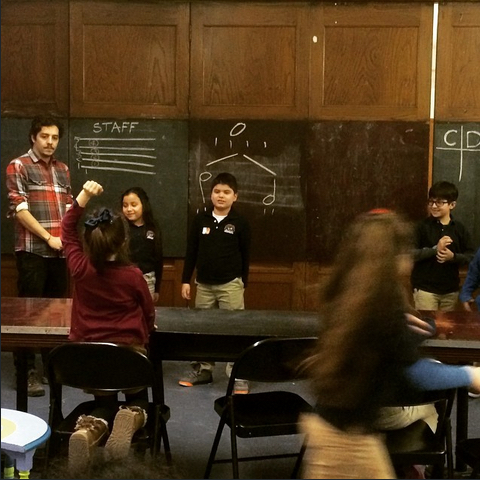 The fruit from perseverance through frustration and struggles is starting to seem attainable for Union City, New Jersey’s Union City Music Project (UNCP).

Created in late 2011, UNCP was started by Melinda Garcia as a program to grant underprivileged students opportunities to engage in musical programs without much of a financial burden. Garcia, after years of financial issues and problems that jeopardized the organization, feels that early 2015 seems to be the year that this foundation can rise and show others how perseverance and dedication can accomplish anything.

Early in 2015, Garcia was chosen as the winner of an award for working so hard as a non-profit organization leader. As a result, New Jersey’s First Lady Mary Pat Christie visited one of the foundation’s rehearsals to recognize Garcia on February 11. Garcia told JSR that this recognition makes her further motivated to help the lives of students who are denied certain prerogatives due to their socioeconomic status.

“This constant acknowledgement will for sure help the UNCP pursue future endeavors with more ease than before,” Garcia said.

Samuel Marchan, the orchestra director for UNCP, has noticed a significant increase in the motivation and skill level of nearly all of the students. The orchestra has become more unified since last year, and the students are willing to learn from one another and create harmony by listening to one another.

“In 2014, the students simply did not seem interested in continuing the program,” said Marchan in an interview with JSR.

“Magically, [now] the students seem to be more willing to practice and become better as a collective group,” said Marchan. “Students are starting to experience firsthand the joys and happiness that music encompasses.”

The students are now practicing daily and are preparing for upcoming concerts with great anticipation and eagerness. They seem to be moving towards success in 2015.