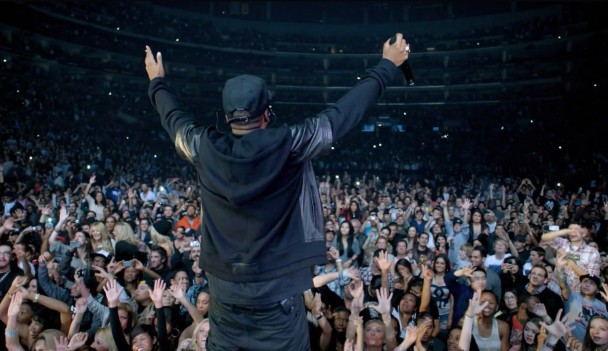 To the J Student Reporters community:

This week marks the end of my run as the coordinator of this program. I want to use this space to express my gratitude to everyone who has made this such a fulfilling and educational experience, as well as to the Korea Daily for giving me the opportunity to work with such an inspiring group of students.

I made quite a few changes when I took over this program from my predecessor in January of 2013, many of which had the effect of making JSR more rigorous and demanding than it had previously been. Along with my then-assistant, Joseph Kim, I set to making a curriculum that required more from students than simply writing articles and meeting deadlines. Students were asked to complete worksheets, attend workshops, give constructive criticism to each other, and coordinate complex group projects. Publication was not guaranteed, and no one earned publication without meeting a few specific standards.

That was an experiment. While we hoped and believed you would rise to the challenges we set in front of you, we didn’t know for sure that you would.

Fortunately, you proved to be more than capable of meeting the high expectations. In addition to working hard, many of you told me you were happy about the changes. As the semesters moved along and the program evolved, the quality of whole group’s writing and reporting improved while JSR began attracting new applicants from around the country and even the globe.

Importantly, it wasn’t just continuing students whose work was improving; each batch of new students, who often joined because they’d read the JSR pages and knew the quality therein, seemed to start at a higher level than the previous batch. What was most exciting was that the high expectations themselves seemed to be motivating the growth of the program.

“As a high­ achieving student,” one student wrote in a personal statement, “I have been used to being coddled and praised by adults for doing slightly better than my peers. … [Yet JSR] told me to do better, [and] has had a heavy hand in making me better. This form of professionalism and standard of expectation for students has undoubtedly become one of the most rewarding aspects” of JSR.

As I leave this position, I hope you will all continue to push yourselves to improve with each assignment. There are certainly formulas you can follow to create consistently acceptable work, but the students who have truly compelled me are the ones who have fallen in love with the process of making progress.

Not content after attaining our emphasized skills, these students have kept pushing the boundaries of what high school writers are expected to be capable of doing. For example, one student went out of her comfort zone to get heart-wrenching quotes from her peers about the impact of body shaming, while another student spent hours in conversation with a somewhat-unhinged underground rapper to try to make sense of his often-contradictory thoughts and create a coherent profile of him. Yet another student made a habit of reaching out on social media to people all around the world to get quotes about tough issues like sexual violence, suicide, anti-LGBTQ discrimination, and political imprisonment from people actually experiencing those issues.

Likewise, I was regularly impressed by some students’ fearlessness in exploring controversial topics and using their perspectives, research, and reporting skills to stake out positions on issues that aren’t always easy or comfortable to explore. Students wrote informed critiques of school and government policies, examined the problems of communicating with family members across linguistic boundaries, spoke out forcefully against ethnic and gender stereotypes across society, and analyzed some negative impacts of the high-pressure academic environments to which many have been subjected since elementary school. Each of those articles took courage, and I’m proud of every student who even attempted one.

I am also so very proud of our editors, without whom this program would simply be impossible to administer. JSR asks our writers for a lot, but editors editors are assigned tasks that are positively Herculean. In addition to monitoring their students’ progress and giving notes on everything they write, editors have also been expected to continue growing and improving their own work. It is incredible that they’ve been able to keep up that balancing act, and I cannot fully express my gratitude for their work.

Of course, every student – including editors – made mistakes. There were missed deadlines, kids who didn’t answer emails for weeks or months, instances of plagiarism, and myriad miscellaneous mishaps. Yet so many of you, whether as a result of something an editor or I said or something that came from inside of you, got back on track after you messed up and returned to the program even stronger than you were before.

We made JSR difficult knowing that you would all fail from time-to-time, but with the belief that you would learn from your failings and become more skillful through the process. I tried to apply this same principle to my administration of the program, adapting it as we went along not only to build upon its successes but to improve upon its shortcomings.

It was not a coincidence that I chose Angela Yoo’s editorial, “Falling Is Not Failing,” to publish yesterday as the final student article of my tenure. The message of that article is that we should learn from our mistakes and never be afraid to challenge ourselves or take risks because we may not succeed. If I’ve made any lasting impression on you at all, I hope that’s the lesson you take with you.

Keep striving, and keep reaching out. Don’t be afraid to make yourself uncomfortable, don’t be too proud to ask for help, and don’t be too stubborn to consider constructive criticism. Be vulnerable, embrace the mistakes you make as opportunities to learn, and remember that good writing – like living itself – is not a perfectible goal but a wonderfully exciting journey.

I look forward to staying in touch as you continue your journeys as writers, thinkers, and citizens.

Geoff Geis took over the JSR program in January of 2013. Since becoming Program Coordinator, he has worked tirelessly to improve the academic quality of JSR and to teach the skills of leadership, communication, organization, and responsibility as well as journalism. In addition to his work with JSR, Geoff is the creator of the Korea Daily's annual Leadership Summer Camp and an avid participant in Los Angeles' vibrant underground music and arts scene.