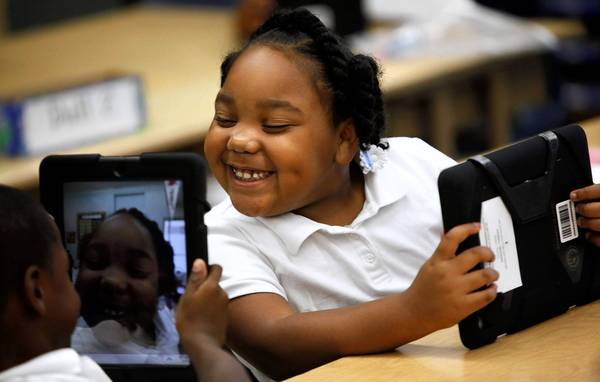 Problems with the LA Unified School District (LAUSD)’s ambitious plans to introduce iPads to students are putting the program’s future in doubt.

In June this year, the school board unanimously accepted a $30 million, two-year contract with Apple to supply students on 47 campuses with iPads filled with educational applications in preparation for the introduction of the technology-based Common Core curriculum. The decision was met with some controversy over the funding of the project, which comes from bonds normally reserved for construction, but funding now seems to be among the least of the district’s concerns.

Some problems teachers and students encountered while using the iPads included lack of Internet access in classrooms and confusion over whether parents are liable to replace the $678 tablets if they break. Moreover, LAUSD has reported that some of the devices have already gone missing.

Another issue is hacking. Over 300 students in three schools have bypassed an Internet security filter installed to prevent access to forbidden websites like social media websites, which in some cases is as easy as two clicks. One of those students, who deleted the filter so that he could access the Internet from home, told the Los Angeles Times that his principal told him he had compromised “millions of dollars of technology.”

Due to these problems, the district has recalled iPads in those three schools and students elsewhere have been forbidden to take their tablets home.

According to local student Lois Bang, the situation is “very confusing and frustrating.”

In an interview with JSR, teacher Sunyong Kim stated that the program was bound to have the problems it faces right now, and that students “want to try to bypass the security so that they can play games and do whatever they want.” She recommends allowing students to only use their iPads during school hours so they “can be watched by the teachers and be dealt punishments on the spot if they step out of line.”

The district will hold a special meeting on Oct. 29th to discuss solutions to the outstanding iPad problems.