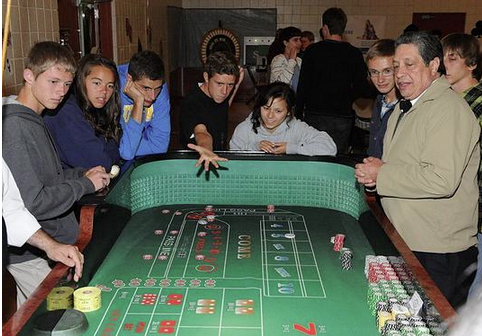 On May 24, seniors from Crescenta Valley High School (CVHS) participated in a exciting afterparty at the local branch of the YMCA.

Established in 1993, Prom Plus is a community-run event that offers students a prom after party that is both enjoyable and safe. The event was started after Berlyn Cosman, a CVHS senior, was murdered by a former classmate during an unsupervised prom party at a hotel in 1991.

James Kim, a parent of a CVHS senior, wholeheartedly supports Prom Plus and told JSR, “Prom Plus is such a plus for parents, because it offers a safe environment for the students to be in.”

“Think about the things that happen after prom from a parent’s perspective,” said Kim to JSR, “It’s frightening to imagine all the things that can go wrong. Fortunately, Prom Plus gives parents a sigh of relief while giving their children fun things to do.”

According to the Insurance Institute for Highway Safety, around a third of alcohol-related deaths in teenagers occur during prom and graduation season in the months of April and June. With this in mind, seniors chose Prom Plus for its engaging activities as well as its safe atmosphere.

”Prom Plus was an exciting place to go with my prom date,” Daniel Kim, a senior at CVHS, said, “ Rather than going to an after party where students might consume alcohol, or indulge in drugs, I can have a fun time at Prom Plus.”

In 2010, parents and students created the Prom Plus Club to increase student participation to make Prom Plus suit their desires. The club fundraises to raise the $20,000 dollars needed to fund Prom Plus. Students also give parents creative ideas that can make their experiences worthwhile.

From midnight to 5:00 am, this year’s event offered a wide range of activities such as rock climbing, mechanical bull, and laser tag.

Jocelyn Guilar, a CVHS senior who attended the Prom Plus after party, told JSR that, “The Prom Plus afterparty was worth attending because there were so many activities to do. I remember rock-climbing with my friends as well as getting matching Teenage Mutant Ninja Turtle balloon hats too.”