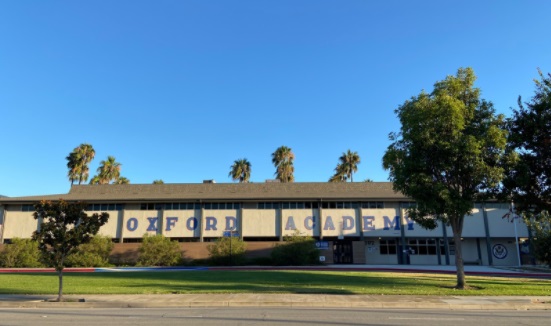 Ranked as the number one high school in California and eleventh in the nation, Oxford Academy is officially recognized as a top-tier school. Despite this, Oxford Academy was just one among the countless schools that had no choice but to use the distance learning approach for the 2020-2021 school year. Teachers and students alike had to adjust to an entirely different setting. With the repeated frustrating struggles of a bad WiFi connection and often resorting to attending online classes in bed, the past school year was unlike any other. However, with a new year approaching, Oxford Academy has completed registration for all grades from seventh to twelfth. Registration day was the first time, for many students, to see their classmates since the start of distance learning. Despite the unorthodox year, Oxford Academy has had a successful registration and implemented an exciting new change to the campus.

Oxford Academy’s registration was held over the course of three days, with two grades assigned for each. It was located in the gym, and included the general process of pre- ordering yearbooks, having student ID pictures taken, visiting booths to purchase class and spirit shirts, signing back-to-school grams, and much more. Students also received their schedules and walked around the campus to each subject building to pick up their necessary textbooks for every class. By the end, students were taking home close to thirty pounds worth of textbooks.

During the course of picking up textbooks and finding their classes, students also were likely to note the brand new lunch tables placed around the quad. The previous red tables had been switched out to navy ones that also match Oxford’s school colors: red, white, and blue. Possibly, the most likable quality of these new tables is that they have solar-powered charging stations in the center. The umbrella portion of the table has solar panels attached to the top that provide energy for students to plug in their charging cables and save their devices from dying at the last minute. Several classmates noted their excitement and approval of this change, as it meant they didn’t have to worry as much about bringing a portable charger or charging sufficiently the night before.

Many students will need to become familiar with going to school on campus again. However, this is the case for all students in our community, not just the incoming and returning students of Oxford Academy. Although this school year will definitely not be any easier than the year of online learning, it is a promising sign of being able to enjoy the benefits of on-campus learning once again.