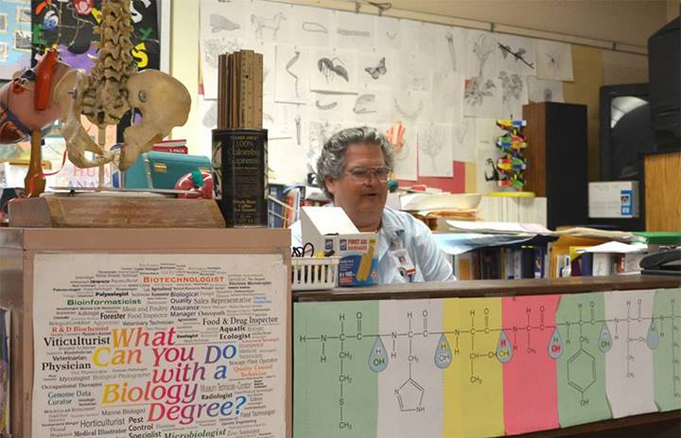 For 25 years, Mr. Stoller, an alumnus from the 1976 graduating Van Nuys High class, served as the VNHS Athletics Director, the President of the VNHS Alumni Association, an athletics official for LAUSD and a dedicated teacher to hundreds of students.

Regardless of his position, Mr. Stoller had a unique passion for his work. Mr. Trovatten, a close friend of Mr. Stoller, recounted how he would “be in the office seven days a week from 6 am  to 10 pm” when he served as Athletics Director. He continued these hours long after his tenure ended.

For the betterment of his students, Mr. Stoller spared no expense. Many teachers and administrators recall the various moments when Mr. Stoller paid considerable amounts of money out of his own pocket to purchase sporting equipment, school supplies and even graduation caps and gowns. Perhaps one of his more interesting practices was that of purchasing copies of USA Today in bulk to ensure that his students were aware of current events.

Mr. Stoller’s memorial service took place on Sept. 4 at Groman Eden Mortuary and was attended by over 300 people. Mr. Klein, a colleague, noted that “there must have been at least one hundred students there, and they came with their sports uniforms on to honor him.”

In accordance with Jewish funerary tradition, the attendees bid their final farewells by shoveling dirt onto Mr. Stoller’s casket.

Through his long service, he touched the lives of hundreds of students who are now his legacy. Mr. Stoller is memorialized by an unofficial yet befitting epitaph, coined by Assistant Principal Baer during an interview with JSR: “Mr. Stoller was Van Nuys.”

Mr. Stoller is survived by his mother, wife, and son. Donations to the family may be sent to the Van Nuys High School main office.