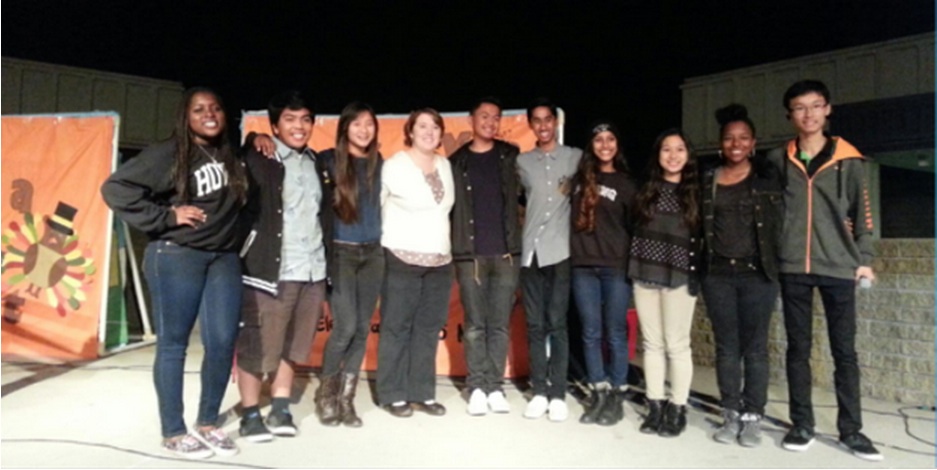 The National Honor Society (NHS) of Whitney High School collaborated with Stowers Elementary to put on their first ever Thanksgiving musical, which premiered Thursday, Nov. 19. Titled “Plymouth Rock,” the project combined acting and singing and was written and directed by NHS members. Stowers students from various grades came together to put on the production.

“This project actually started a few years ago,” said Stowers principal Dr. Tom Tracy in an interview with JSR before the show. “For some time now, Whitney students have been coming to Stowers to tutor young kids, but this year they decided to organize a play as well… from the looks of it, it will be successful.”

The musical featured a few different pop songs, each lyrically modified for a Thanksgiving theme. Some parts were acted out, and some were sung. The NHS wrote and directed the play almost completely on their own, under the supervision of Whitney English teacher Alicia Baillie and the Stowers Parent Teacher Association.

Whitney High NHS president Harrison Khoo, a junior, told JSR, “We’ll be taking donations that go directly to Stowers’ arts program and we earn service hours for this. This is a great win-win situation for both Whitney and Stowers.”

The musical, which told of the story of how the Pilgrims got to the Americas and the events of the first year, was received well by a large and enthusiastic crowd. Students rocked Thanksgiving-themed versions of pop songs, like Queen’s “We Will Rock You” and Taylor Swift’s “I Knew You Were Trouble,” along with kids’ songs including “Twinkle Twinkle Little Star” and “Row Row Row Your Boat.”

Though this was only the first collaboration between the Whitney NHS and Stowers, it may be a new beginning.