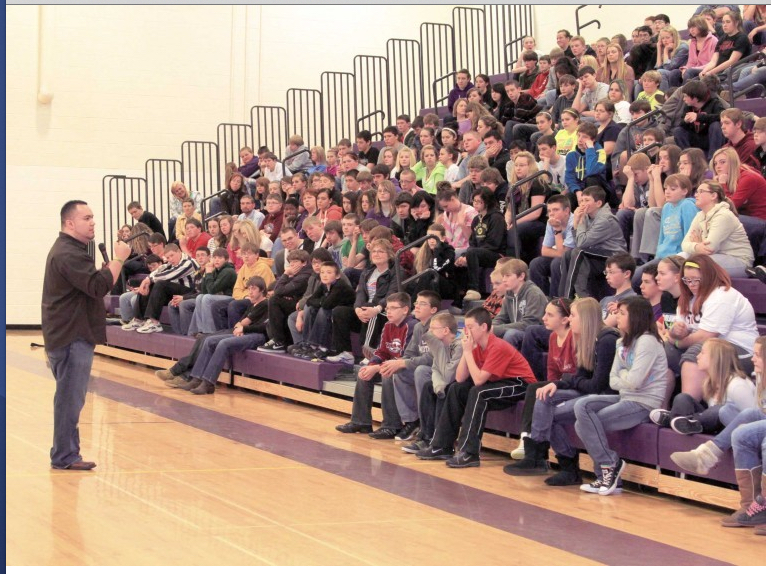 Second of a two-part series.

Active Minds is a nonprofit that brings awareness about mental health to high schools. To make a point at Harvard-Westlake School in Los Angeles, it set out 1,100 backpacks on the field representing the number of lives of college students lost to suicide. Each backpack had a student’s name and his/her story on it.

“This seemed like an opportunity to address an issue that is difficult to talk about, but also an important one,” Michelle Bracken, Assistant to the Head of Upper School, said in an interview with the school newspaper. “HW prepares students for college academically. We should also care about student’s mental health. By making time in our school day dedicated to mental health and suicide, we can bring information that might help our students.”
“The fact that Harvard-Westlake actively sought out a speaker who could share his experience with us shows how passionate the school is about suicide prevention. The entire experience was eye opening and made me put my life into perspective,” junior Haunani Bautista said after the assembly.

Andrew Goldstein, an openly gay athlete and LGBT activist, also came to Harvard-Westlake to talk about his experience and struggles with coming out. He shared how he feared coming out after hearing his friends and family joke around using homophobic language and gay slurs.

He urged students to create a kind safe environment for everyone and be mindful of what they say even if it is intended to be a joke. By sharing his story, he brought awareness to the fact that students unknowingly hurt gay students who have not come out yet by saying phrases such as “that’s so gay” in a negative way.

“Let’s try not to make assumptions about other people,” Goldstein advised at the assembly. “Be thoughtful about the words you use, and know that something you say can have a significant impact on a person you would least suspect. But also recognize that you have the power to create a positive environment where people feel free to be themselves.”

Teen Line is another organization in our community where teens help other teens with their problems. It is a crisis helpline where teenagers call for help regarding serious problems including rape, abuse, and suicide. Teen Line operates from 6 p.m. to 10 p.m. every day.
Teen Line and fellow counselors, visitors, and students at school are helping high school students combat stress and problems such as depression and anxiety. By bringing awareness to problems such as suicide and coming out, schools are trying to create a safe environment for students to feel and act like themselves. Hiring therapists and counselors, and inviting guest speakers really do help students seek help to alleviate their stress and make a positive change in their lives.