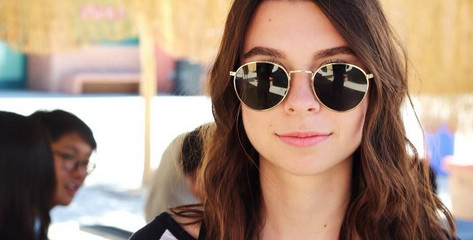 Last month, Hayden Rusk, a Valencia High School senior, began a project to tell stories of the humans of his high school. Inspired by the “Humans of New York” photography project, which features residents of New York City, Rusk is taking photos of Valencia High School’s students and staff members and recording their stories on his project’s Instagram and Twitter pages.

He continued, “Students respond in two ways. They can be really energetic and go, ‘Oh yeah! Take my picture!’ and they’ll just think it’s for fun, or they can be like, ‘What does this kid want? Why do you want my picture? What’s this for?’ Once I tell them what it’s for, they’re usually a little more okay with it, but before that they’re pretty reluctant.”

When asked about an interview that stood out to him, Rusk stated that he had been affected by a student who opened up about a sister who had died.

“[It] makes you realize that everyone you pass by as you’re going to class is living a life as intricate and unique as yours. They have their own aspirations and their own struggles and yet all you see is just another kid walking by,” he said.

Rusk is a budding filmmaker involved in Valencia High School’s video production program and a 2013 All American High School Film Festival award winner for work including his “Child Abduction PSA.”

“I want to be a filmmaker,” Rusk told JSR. “This project is going to make me a better storyteller; that’s what I’m hoping to get out of it.”

While he is skilled, Rusk told JSR that he can face challenges in connecting with his subjects.

“Coming up with new questions [is always a challenge]. Like, after I take their picture and ask my question and walk away, I always think, ‘Oh! This would be a much better follow up question. I should have asked this, I should have done that…’ But that also helps me do it better,” Rusk stated.

Rusk continued, “But… I love meeting new people. I’m a firm believer that everyone has their own story. Hearing other people’s stories… that, and my love for photography, is the combination that really brings this project forward.”

While it is still in its beginning stages, Rusk told JSR that he may pass the project along to someone else after he graduates.