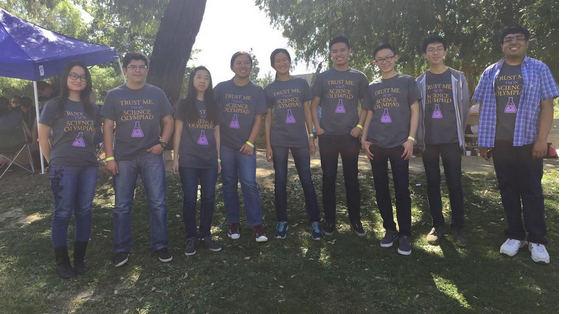 On Saturday, April 4, over 40 high school and middle school Science Olympiad teams competed in the 30th annual Southern California State Science Olympiad at Canyon Crest High School. The two top-scoring teams from each team event are advancing to the Science Olympiad National Tournament, hosted by the University of Nebraska-Lincoln in May.

The competition consisted of 23 team events involving topics such as Entomology to Protein Modeling. Some events were structured like tests. For Invasive Species, competitors identified organisms and then answered a series of questions. Other events were more interactive. For Air Trajectory, students conducted trials of prepared trajectory models.

Many teams researched topics and ran countless trials to perfect their models in the weeks prior to the tournament, dedicating a considerable amount of time and effort, and many participants told JSR that they reaped great benefits from their participation.

“I participated in Anatomy, Physiology, Cellular Biology, Protein Modeling, and Bungee Jump,” said Jeff Chow, a junior attending Diamond Bar High School and captain of the school’s Science Olympiad team. “Participating in a lot of events also meant putting more time into preparing for this tournament, but it’s worthwhile to be on a team with a lot of your friends.”

Many students echoed Chow’s thoughts, saying that participating in the Science Olympiad allowed them to create lasting bonds with their peers.

“I’ve been participating in the program for three years, and I think it’s a great way to do something that I love with some of the most interesting people I’ve had the chance to meet. It’s a way for me to explore a topic in great depth or a field that I wouldn’t have any exposure to otherwise. I fell in love with the study of Entomology, largely from participating in this program,” said Kevin Bao, a senior at Troy High School and the captain of the school’s Science Olympiad team.

Troy’s students, in particular, had high expectations for the tournament, as the team had won first place in all of their previous State tournaments for the past 19 years. This tournament proved to be no exception, as they continued their streak with another first place in Division C.

“As a team, we are so happy to see that our hard work paid off and to continue our winning streak,” said Bao.