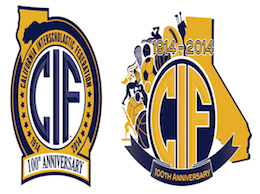 The 43rd Southern Millikan Section California Interscholastic Federation (CIF) relays for both boys and girls swimming were held on March 29, 2014. Many schools from all over Southern California came to compete for the championship title at Capistrano Valley High School’s pool.

The CIF champion of this year’s relays for girls was Santa Margarita High School. For boys, the champion was University High School in Irvine. Many new CIF records were set this year by several schools, yet even those competitors who didn’t break records had fun.

Rebecca Aguilar, senior and varsity swimmer at El Toro High School, said, “My relay team and I dropped time, and we were able to earn a medal for fourth place for the 200 Freestyle Relay. It was challenging because all the teams were trying so hard. We were competing with another team for the third place spot, but ended up as fourth.”

Many team members cheered on their swimmers from the other end of the pool deck.

Aguilar said, “Everyone was cheering for one another and everyone felt great that day. It seemed like everyone was in a good mood spending time with each other and cheering each other on. Swimming is usually an individual sport, but really, the energy comes from your teammates.”