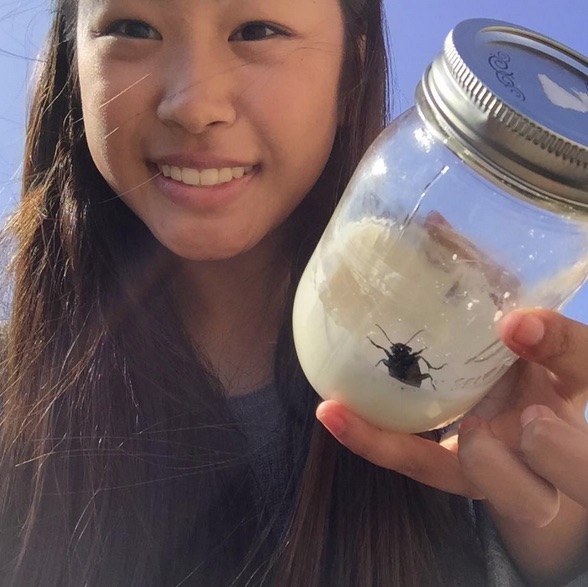 Bugs are becoming more active after the winter, and Honors Biology students at Troy High School are catching them for a school project.

The bug project is a mandatory annual assignment for freshmen that involves catching fifteen bugs of different orders, such as diptera and hymenoptera, labeling the location where they are found, identifying them, pinning them in a professional manner, and creating a picture album of the bugs. Because students need to catch a variety of bugs, the bug project is challenging. However, it allows students to actively engage with nature and learn more about bugs and their orders.

In addition, those who were previously afraid of bugs are now able to get closer to bugs and realize that not all bugs are harmful.

Christine Park, a freshmen who is currently participating in the bug project, told JSR, “I learned to not be scared of bugs… I was scared of bugs and didn’t really like them [before], but I later got used to them after catching so many [bugs].”

The bug project also aims to educate students about the rapid disappearance of animals such as bees and monarch butterflies, the latter of which have declined by 90% in the last 20 years. To prevent contributing to this decrease, teachers prohibit students from catching bugs in protected areas such as national forests or state and local parks.

Students who have finished the bug project admit that the bug project, which was at first stressful, was one of the most memorable projects they have done.

Lawrence Yi, a sophomore who completed the project, said, “Now when I walk by, I notice bugs more often… [when I now] see a weird bug that I never knew about before, I know what the bug is and also its order… Also, I barely get scared of bugs anymore after pinning so many bugs.”