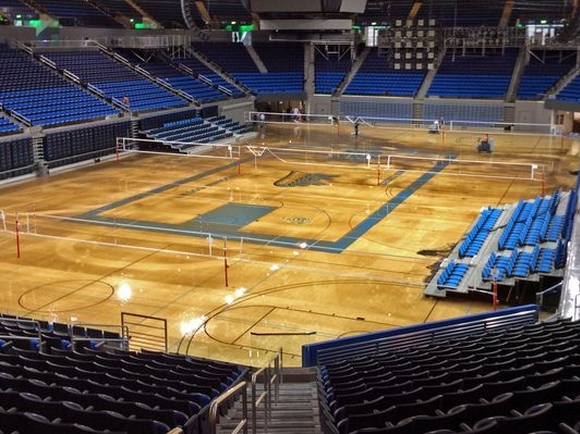 A 93-year-old water pipe under Sunset Boulevard in Westwood burst on Tuesday, July 29, resulting in more than 20 million gallons of water flowing right into bordering University of California, Los Angeles (UCLA), where two parking garages, a basketball court, and many other campus buildings were partially flooded.

“When I first [heard] there was flooding in parking lots four and seven, I thought it was a small pipe that ruptured,” said UCLA sophomore Joseph Gorelik in an interview with JSR. “When I started seeing the news reports and the Facebook photos of the flooding, I was in disbelief.”

“I had friends who were distressed because their cars were stuck in the parking lots,” he explained, “[while] I had other friends that had child-like glee and amusement at the unlikely turn of events.”

Los Angeles Department of Water and Power (LADWP) spokesman Joe Ramallo said that the department will talk with UCLA to settle damage claims. Gorelik pointed out that some students were angry that the university started a fundraising project to fix the school’s damage even though tuition has risen in recent years.

At City Hall, some councilmembers said this flooding is a sign of needed changes to Los Angeles’s architecture and internal construction. Twenty million gallons of water was enough, according to CBS News, to satisfy the needs of about 100,000 residents for a day, and California is in the midst of its most severe drought in recorded history. However, replacing pipes more rapidly would likely require a water rate increase.

Sunset Boulevard, which was forced to close due to damage, was reopened on Monday, August 3, and UCLA officials say that the floors of Pauley Pavilion will be ready for basketball games by November.