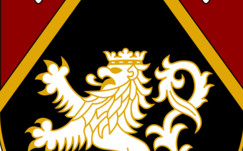 Rick Commons, president of Harvard-Westlake School, has asked for student and faculty input after announcing that the school mission statement was going to be changed. According to President Commons, the current mission statement is not an accurate representation of the school.

In a statement to the school, he said, “The current mission statement is uninspiring.”

According to the Harvard-Westlake Chronicle, President Commons has said that no faculty member could remember the current mission statement when asked in a faculty meeting. Yet according to the president, a strong mission is important because it shows what the community values and will help community members make small and big decisions.

After deciding to give students and faculty a voice in making the statement, Commons offered doughnuts to those who contributed ideas.

“I think it’s a great opportunity for creativity, especially because we all have the chance to share our ideas,” freshman Carolyn Hong said. “I was able to contribute to our mission statement,” she continued, “and it made me feel like I was more involved and a part of the school.”

Many students agreed, with some saying that asking for student input demonstrates that the school cares about what the students have to say.

“My idea was about building character by hard work and perseverance,” stated freshman Jessica Dickman to the Chronicle.

The change, which has yet to be completed, will be the first mission statement change since the 1991 merger of Harvard School for Boys and Westlake School for Girls to form Harvard-Westlake.