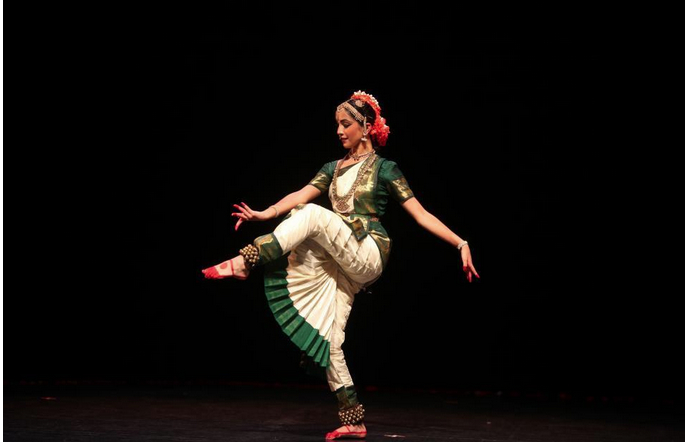 The nimble footing. The thrilling music. The powerful movements. The vivid emotions. Like a puzzle, the elements come together to create a breathtaking performance capable of electrifying any audience.

Since the age of seven, Irvine High School junior Nikita Rao has been dancing.

”It’s honestly the best stress reliever,” Rao said in an interview with J Student Reporters. “It helps me get away from the craziness of school and other activities. It also helps me keep in touch with my Indian roots.”

Dancing with the Shakti Dance Company in Beverly Hills, Rao mainly dances to the beats of her native culture. She dedicates 18 hours a week to practice, travelling regularly between her Irvine home to Beverly Hills. Each practice consists of rigorous rehearsing and running pieces over and over again.

“Having dance in my life has definitely taught me self-discipline, patience and hard work,” Rao said. “Without those, I would’ve never even slightly succeeded.”

“Lessons [that I’ve learned from dancing] also help me in areas outside of dance,” Rao continued. “Dance has provided me with a sense of identity, especially within the Indian community. It’s become such a huge part of my life and if I ever lost it, I would be losing a piece of myself.”

Rao’s next performance with Shakti will take place on Sept. 21 during the company’s production of “Mara” at Hollywood’s Ford Theater. Based on a Buddhist legend, the production is a story of transformation set to “classical South Indian Carnatic music, jazz and funk.”

“It’s a huge production,” Rao said. “Lots of time, money and effort have gone into making this performance the best it could possibly be.”

Yet the group doesn’t only perform in LA. Rao has also participated on tours with the troupe, which has travelled across the US biennially since 2008. According to Rao, the tours are “always the most incredible experiences.”

For now, Rao continues to hone her dancing skills and become ever better in her art. But like a masterful dance performance, the audience can only anticipate what will occur next.