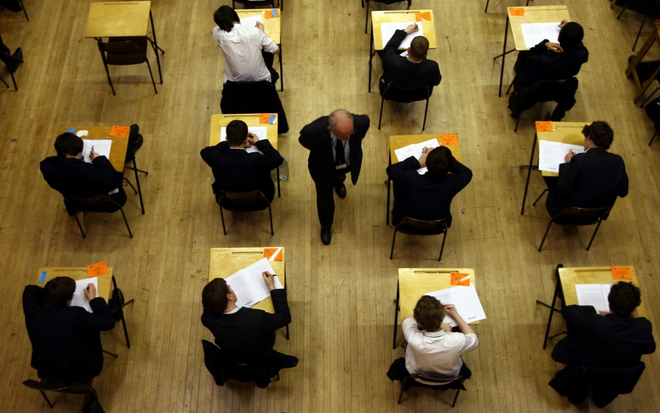 After being announced in March 2014, the redesigned PSAT/NMSQT from The College Board was administered for the first time on October 14 and the second time on October 21, 2015.

The redesigned exam emphasizes two components, Evidence-Based Reading and Writing and Math, rather than the original three components of Critical Reading, Writing, and Math. While the previous PSAT focused on general reading skills and limited context vocabulary, the new PSAT concentrates on “the knowledge, skills, and understandings that research has identified as most important for college and career readiness and success” and “the meaning of words in extended contexts.” Furthermore, the PSAT no longer deducts points for incorrect answers. The redesigned PSAT lasts for 2 hours and 45 minutes, which is 35 minutes longer than the previous model.

The changes of the test have caused institutions to take action, with the College Board partnering with Khan Academy to provide free, full-length practice exams and test review companies creating new preparation books that include strategy tips and practice questions.

With the considerable changes of to the PSAT, students told JSR of their concerns and opinions before taking the test and then after taking it.

“After hearing about the changes of the PSAT, I think the test is going to be harder than last year’s [design]. I’ve taken the practice test [for the redesigned PSAT] already, so I kind of know what to expect now,” Rena Zhong, a junior at BASIS Independent Silicon Valley, said.

Zhong further mentioned that her other friends at BASIS have also been concerned with the difficulty level of the new PSAT.

Layla Sugawara, a sophomore at James Lick High School in San Jose, also gave her opinions of the PSAT changes.

“Although I’ve heard about [the changes], I don’t think the PSAT will be too different. I plan on taking the practice test, so I’ll be able to get a sense of how [the redesigned PSAT] will be” said Sugawara.

After the PSAT testing finished on October 14, Zhong and Sugawara shared insights about the test with JSR.

“It wasn’t too much of a surprise because I took the practice test before. The reading section was a little bit tougher than I thought, especially because I’ve taken the SAT” said Zhong.

“I actually like the redesigned PSAT more than last year’s because it focused more on the underlying meaning of the text rather than just asking questions about the general meaning of the passage. I also liked how the the visual representations [accompanied in the passages] made it easier to understand some of the reading passages,” Sugawara said.