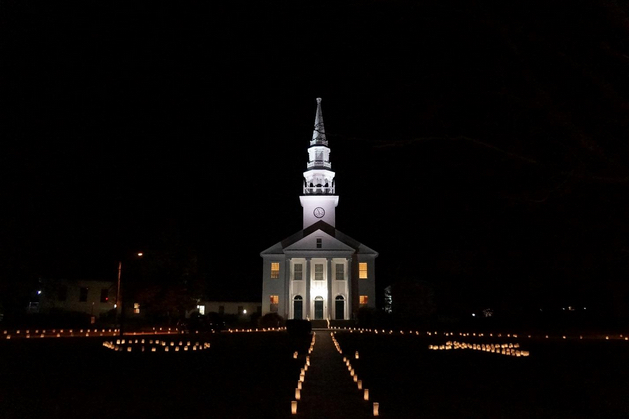 During the second week of November, the people of Cheshire, Connecticut arranged luminaries on the streets of the town as part of Cheshire’s “Light up the Night” sponsored by Lights of Hope. For many residents, the lighted paper bags serve as reminders of a tragic event that occurred on July 23, 2007.

For these residents, the luminaries memorialize the Petit family, victims of a grisly home invasion that killed sisters Michaela and Hayley Petit as well as their mother Jennifer Hawke-Petit. They were murdered by Steven Hayes and Joshua Komisarjevsky, who have since been convicted of the murders and sentenced to death.

After the tragedy, the neighbors and students and teachers from nearby schools took the initiative to cherish the victims. Cheshire’s Lights of Hope, a non-profit organization founded to unite residents and raise funds for charities, dedicated its January 2008 event to the Petits and raised more than $100,000 for a memorial fund in Michaela and Hayley’s names. Since then, Lights of Hope has grown and the white bags with candles people set up all around Cheshire have become reminders for all those who belong to the community to always watch out for each other and to help those in need.

For students who did not grow up in Cheshire, learning about what happened to the Petits was shocking.

“Because I am an international student, I did not know about this event,” said James Kim, a sophomore at Cheshire Academy.

“However,” he continued, “after I had signed up for volunteering Lights of Hope, I was so shocked [to learn about what happened]. I cannot imagine how Mr. Petit [feels]. I feel sorry for the family.”

Yet Lights of Hope gave many residents a sense of security and assurance.

“I am glad that I could volunteer at this meaningful event,” said said Jason Ma, a sophomore at Cheshire Academy, who added, “I hope there will be no more cruel murders in the future.”