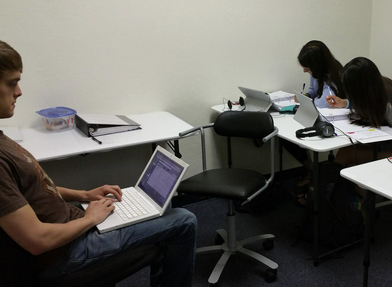 Next month, the optional essay portion of the ACT test will change significantly, impacting students as well and tutoring centers.

The ACT essay was originally comprised of a prompt, usually regarding a high school setting, about a controversial issue. Test-takers had to take a position and support it with examples and evidence. The new essay measures the student’s ability to analyze three perspectives on a general issue, develop their own perspective, and find a relationship between arguments provided by the test and their own positions. Previously a 30-minute test, it is now timed at 40 minutes.

This change, announced in 2013, has caused an uproar within many ACT prep institutions. Not only have students demonstrated distress, but instructors have also expressed their concerns.

Grayson Giovine, the CEO of Bay Area-based Zenith Tutoring, told JSR that the change has caused a disruption in the momentum of test preparation centers.

“I had to create new essay prompts for preparation material,” said Giovine. “Any time a change occurs, it’s harder to predict what’s going to happen.”

Although the new essay requires a more structured and concrete response, Giovine says the new ACT essay is not necessarily harder than the old one because the extra 10 minutes provided make up for the additional complexity.

“If I had to say, though, the new [essay] change is probably for the worse,” Giovine said. “One of the nice things of the previous essay was that it was very accessible to students because it focused on general questions relevant to high school students, such as ‘Should high school be extended to 5 years?’ Now, having a bit of background knowledge about the essay topic is quite useful for the essay. This makes it less accessible to certain students.”

“I personally like [the change],” Sutherland told JSR. “Because it emphasizes critical thinking so strongly, I think it separates the good students and the great students effectively. People who do well on this essay are people who have great critical thinking skills.”

The first new ACT will be administered on September 12.