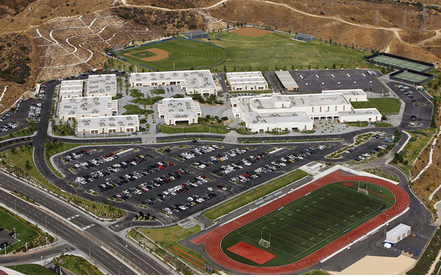 On May 6, unfounded rumors of a shooting threat at West Ranch High School spread through social media websites, creating undue chaos and alarm.

It was like any other weekend for West Ranch students until someone posted on Twitter that there was going to be a shooting at school on the following Monday. This news spread to other social-networking sites such as Facebook and Instagram, frightening parents and students. On Monday morning, almost 75% of the student population was absent. Several news vans and police cars were lined up in front of the school gates, and the police and sheriff secured the school campus.

Investigating officers concluded that the rumor was just a “misheard conversation.” Apparently, one student overheard a group’s discussion and misheard that a shooting was going to be arranged during school hours. Soon, principal Bob Vincent contacted parents and encouraged them to send their children to school. By lunch period, about a quarter of the previously-absent students were in classes.

Despite the fact that the rumor was unfounded, the situation brought damage to the school. Because school funding is partially determined by attendance, the school lost a lot of money as a result of the absences. The pandemonium, moreover, caused anxiety for students and their families.

Parent Megan Chang said, “I kept on thinking… should send my child to school? It was truly a scary experience and made me realize that the safety in our community was declining.”

Though the school has returned to its normal state, the incident highlights the danger of spreading rumors and scaring people.