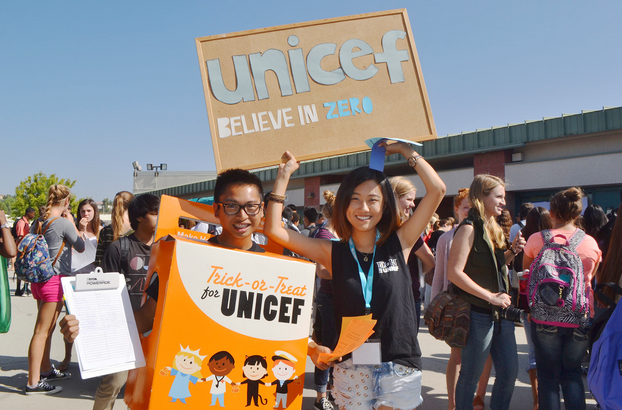 On Thursday, September 4th, Valencia High School (VHS) had its annual Club Day, which promoted the numerous student-run clubs on campus. During the school’s brunch, more than 70 clubs invited students to join and some clubs gained more than 100 members.

VHS is only one of hundreds of schools that hosts a Club Day for its students. Clubs are an aspect of high school that offer opportunities for students to express their passions and pursue their future goals. Because clubs are run by students, they are also a chance to form lasting bonds with fellow peers.

Students have taken advantage of the benefits and have joined clubs with a variety of interests. Service clubs such as Key Club, UNICEF, and Operation Smile encourage leadership and service while providing required community service hours.

During an interview with JSR, Rebecca Chen, a senior at Valencia High School involved in National Art Honor Society, UNICEF, and Help the Children, said, “Clubs have helped me meet new, like-minded people who I probably never would have gotten to know otherwise. They allow me to get more involved with what students are doing both on and off campus. I think they have encouraged me to reach out more and to help others in the community.”

In addition to joining clubs, leading or forming a club has its own benefits. Club presidency offers leadership and responsibility skills and encourages involvement within the school. Additionally, according to mycollegeguide.org, “[Colleges and universities] want to know that you are committed to the things that you choose to be involved in.”

“Becoming the president of a club is also an amazing way to get to know more people and make new connections,” said Chaereen Pak, president of the VHS UNICEF Club, in an interview with JSR. “Having such a huge responsibility is extremely eye-opening. Being the president is being the role model.”

Pak continued, “It’s a humongous step that you’re going to have to take — but I think it’s worth it. Becoming president of a club is a whole new experience.”

High school clubs can influence life even after high school. Kristine Park, a high school graduate who was once the president of the VHS’ Key Club, shared with JSR how clubs have influenced her.

“Clubs made me come out of my comfort zone to try new things. I recommend students to join a club because it only benefits you, and colleges definitely like seeing you get involved within your school, especially taking a leadership position in a club. I can use the skills that I have gained and learned through clubs and use it in college and even after college.”

High school is not all about academics and grades. Through clubs, it can become a vastly different experience.