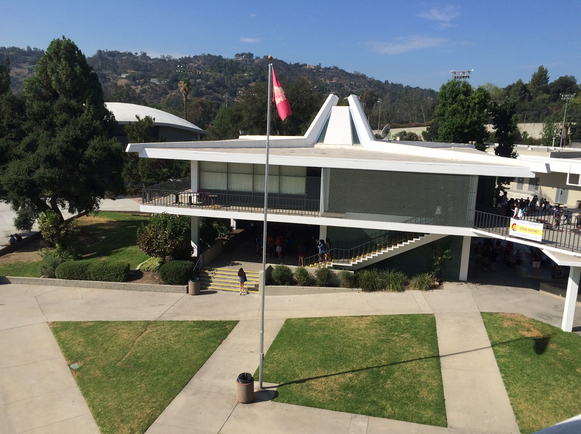 At La Cañada High School (LCHS), a disorganized administration with new faculty members led to a bit of craziness at the start of the year.

Students scrunched their faces in confusion upon receiving a reprinted schedule after returning to the newly-painted school. Many of the teachers were also abruptly assigned new subjects or classes.

The problems originated from the new schedules that were hastily made as teachers were assigned new classes a day or two before school started. An AP European History became the Girls’ Basketball Coach, resulting in problems like the shifting of all of her AP students to another teacher, which in turn resulted in even more schedule shufflings, larger classrooms, and new periods for teachers to instruct.

In fifth period Honors Algebra II class, one student had to sit in the teacher’s chair in the front because of the lack of seats. The lack of enough safety goggles for 38 students in a fourth period Honors Chemistry class led to students not being able to participate in labs.

Students went to counselors to get their schedules changed but were sent back with a firm rejection due to a policy that only allows schedule changes to be facilitated by teachers. Students were asked to volunteer to switch classes; if no one did, teachers had to resort to random name-pickings or making students who failed the first tests drop their classes.

For students, the confusion gave way to additional complaints. The list of grievances ranged from complaints about their preference of teachers and their teaching styles to the dissatisfaction over the lack of certain courses being offered at the school. Most of the students’ schedules were not drastically changed, but collectively it caused various problems in the classroom.

Adeline Oh, a sophomore, stated, “I was not personally affected [by the schedule changes],” but told JSR that she felt compassion for other students and expressed annoyance at the counselors.

Oh asked, “Can’t you just keep [the students] where they are?”

On the other hand, fellow sophomore Kaylin Pak – who also experienced no changes in her schedule – did not have any complaints towards the new counselors and stated that she will not formulate an opinion about them as she hadn’t spoken to them yet.

Erica Lee is a sophomore at La Cañada High School who excels at switching hobbies. Spontaneous and indecisive at times, she has a number of objects of interest including various kinds of music, art, world cultures, video games, horoscopes, and more. She hopes to be able to connect with lots of others through her diverse interests.