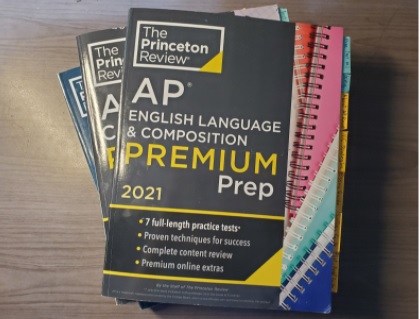 School districts have adopted drastically different approaches for reopening schools. Some are doing ‘limited in-person’ while some are completely re-opened. Others have opted to stay virtual for the entire year, reluctant to make exceptions for athletics or even standardized testing.
In order to account for these vastly different reopening policies, Collegeboard has decided to adopt a special approach to the Advanced Placement testing season. On one hand, the organization would offer paper AP exams for in person settings, as it has done for much of its history. However, the organization would also offer digital versions of the exams for at-home settings. These online exams would be in the same format, test the same set of knowledge and skills, and require similar methods of preparation as their paper counterparts.
However, there is one major difference between the two versions: The ability to skip questions. Collegeboard states on its 2020-2021 School Year AP Digital Testing Guide that a “critical difference between digital and paper and pencil exams is that digital exams do not allow students to move back to previous questions or review questions they’ve already answered.” In other words, the minute a student clicks the ‘skip’ button, the credit for that question will be lost.
As one can imagine, this policy by Collegeboard sparked a considerable volume of public outrage and backlash, with a Change petition garnering considerable support. After all, the strategy of skipping questions one cannot immediately solve and later returning to them (known as Skip and Return) has existed as long as standardized testing itself. Therefore, “exam security” seems like a poor justification for banning this classic strategy that every preparation and study book – including the ones made by Collegeboard – promote.

However, it is worth noting that the students who are taking the AP exams in a traditional, in-person setting will be prohibited from utilizing notes or seeking outside assistance. If a student is caught pulling a small slip of paper from his sleeve, his scores will be canceled, and he will be permanently blacklisted – at the expense of his future plans. By contrast, a student who is taking the digital version at home can have notecards, cheat sheets, secondary screens, a dark web messaging app, or even his friends taking the same exam at his side – and avoid accountability.

Therefore, by preventing the ‘Skip-Return’ strategy on their digital exams, Collegeboard is evening the playing field between the students who are taking the exams at home and at school. If the pupils taking digital at-home exams have an advantage that their in-person counterparts lack, then it is also fair to give pupils who are taking traditional paper exams an advantage that their at-home counterparts lack. Sometimes, the solutions to daunting problems like AP exam security are easy to overthink.