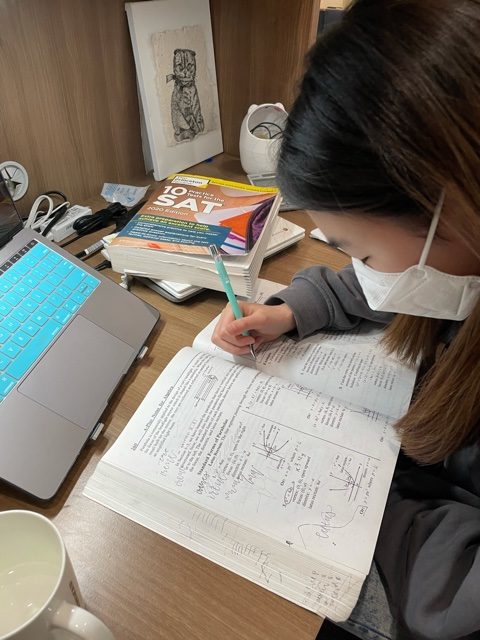 In the past, the SAT has held an enormous amount of weight on college application., acceptances, and rejections. In 1926, when the SAT was first introduced and administered to students, it held a significantly different position in college applications than today. Flash forward to nearly a century later, the test could not have become more different. In January of 2021, the administrators of the test, College Board, permanently eliminated mandatory SAT subject tests and the SAT with the essay.

During the course of summer, over 400 colleges and universities decided to cease considering SAT scores for admissions, due to the difficulty COVID-19 has brought. Some elite institutions, such as Ivy League schools, have even gone to lengths stating that taking the exam would be optional and would not be considered heavily in new applicants.

Because the role of the tests has been altered, teens are divided on whether to sign up for the exams or to skip the test altogether. One of those who has decided to seize the opportunity to skip the test is Emilie Li, a California high-school freshman. Although she still has 3 years of high school left, she has decided to opt-out of taking the exam altogether because of the lack that the SAT is predicted to have on college applications post-pandemic. She believes, “… the SAT is losing weight, in my opinion. Like, it isn’t as important as I thought it was 2 years ago. I think focusing on my GPA is more important now.” Her opinion and decision to focus more on schoolwork and grades instead of the SAT or ACT is well defended and reasonable, as test scores are simply only one of the many factors schools take into consideration when admitting new students. However, there are other students who still fervently believe that the SAT still directly correlates with the degree of selectivity of institutions and schools. As a California freshman, I have chosen to take the test in the upcoming month. Contrary to Li, I believe that SAT scores relate to being accepted into better schools. The SAT does have a little less weight on the class of 24’s applications, but I still think that the exam does supplement your application.

While widespread disagreement and differing opinions about whether test scores should be considered more heavily, or if they should be less observed, most educators and administrators certainly do believe that the SAT is not the only pathway to a successful career, college, or university. As long as colleges do suggest that a good score on the SAT will give applicants a leg up in the selection process, many students will continue to sign up and register for these exams. But only when students begin submitting only their highest scores that are always above average, the meaning and effect of having public scores will be diminished. It is then that this may be the moment where standardized testing may die altogether.