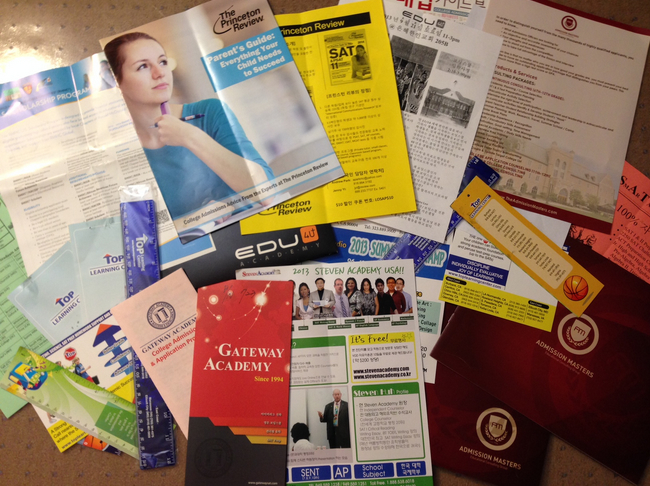 Twelve academic businesses from Southern California presented their programs at the 2013 Korea Daily College Fair. The businesses had an enjoyable experience running their booths, which were situated in the Main Hall of Grace Korean Church.

“Compared to previous college fairs that REP Education has been to, I think this was better organized,” said REP Education booth manager Patrick Chung in an interview with J Student Reporters. “I think more people came this time too.”

This year’s College Fair featured a greater inclusion of programs run by independent businesses than previous years’ fairs. Twenty-seven seminars were held between 11am and 3pm at the church.

“This is the second time we came to the Korea Daily College Fair,” said Edu4U senior college consultant Yang Yang Zhang. “We really loved [last year’s] College Fair because so many people came from so many different places. That’s why this year we even decided to speak at seminars so we could get our message across.”

“We were [at the Korea Daily College Fair] last year for the first time,” said Smart Christian Academy director Dr. Esther Yim. “It has been a good experience here. We feel like we’re making a positive impact. We learned from last year about how to reach more parents and attract more students.”

As students, parents and educators rushed around in a great college frenzy, the people in the booths had a positive experience.

“It was really enjoyable working the Admission Masters booth,” said student representative Minjung Ko. “I would recommend this College Fair to students and businesses alike.”