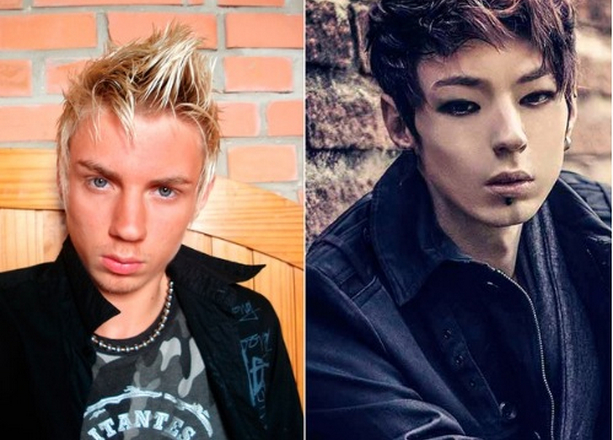 A 25-year-old Brazilian man has gained international attention after undergoing medical procedures to look Korean. Amongst people of Korean descent in Los Angeles, there has been a mixed reaction.

The man, only identified as Xiahn, has been described as an exchange student with an obsession with Korean culture. After spending a considerable amount of time in South Korea, watching Korean dramas, and listening to K-Pop, Xiahn went under the knife over ten times to adjust the shape of his eyes.

The former blue-eyed blonde molded his appearance while he was deep in his studies. In an interview with Medical Daily, he explained that his exposure to twenty-somethings in Korea and the increasing plastic surgery trends in the country made him more receptive towards having operations.

“Koreans have many surgeries to modify the shape of their eyes and become more like Westerners,” Xiahn said. “[In Korea,] it was easy to tell when one of them had done it, [because I’d see people] walking on the street wearing sunglasses and a surgical mask.”

Unlike the popular operations in Korea which include widened jaws, raised cheekbones, and other alterations to the face, Xiahn’s surgeries were strictly to make his eyes more slanted.

“As you know, there are thousands of Asian eye styles,” Xiahn said in an interview with Metro, a British tabloid. “I had one major surgery on my eyes and then small procedures to reach the correct appearance.”

His aim was to achieve a combination of a multitude of Korean celebrities’ eyes; Xiahn claims that he was particularly inspired by those whose eyes are not too squinty but not as wide as his were.

Yet, despite Xiahn’s appreciation for all things Korean, some Koreans have voiced uncertainty or disdain.

“Even though it is becoming more of a recognized practice, plastic surgery is still relatively taboo,” said Agoura Hills High senior Joe Paik.

“It’s good to hear that a foreigner enjoys our culture,” Paik continued, “but I think that his surgeries are pretty bizarre.”

“I personally don’t mind if people get plastic surgery because it is their choice. However, I feel like his attempts to look more Asian falsely portray how Koreans looks,” stated Koreatown resident George Chae.

Despite Xiahn’s significant aesthetic changes, he continues to identify as a Brazilian and says his plastic surgery was not an attempt to “switch” between ethnicities or to disregard his roots.

“For me a Korean person looks Brazilian as much as a German person or any other person that was born here.” he claimed. “So even though I’ve changed the shape of my eyes, I am still Brazilian.”