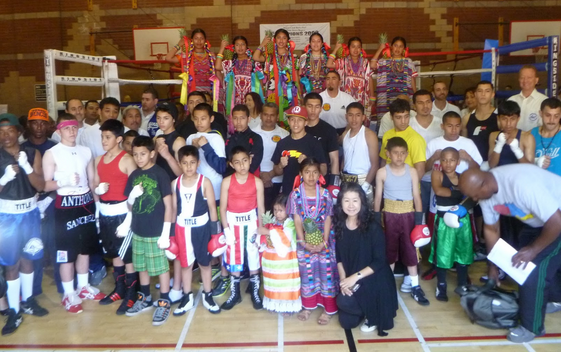 As civil unrest in Baltimore continues after the police killing of Freddie Gray, Korean Americans in Los Angeles are remembering a historic day that exacerbated much racial tension among Korean Americans and African Americans  – April 29, 1992.

What started off as a police assault on Rodney King, a black man, erupted into six days of rioting. The acquittal of the white officers who brutally attacked King inflamed animosity that was already high in the wake of the 1991 shooting of black teenager Latisha Harris and the lenient sentencing of the Korean store owner, Soon Ja Du, who was found guilty of voluntary manslaughter for killing her.

As a result of the riots, 53 people died and over 11,000 people were arrested. The Korean American community was greatly affected, both physically and emotionally, as over 2,300 Korean-owned businesses were looted and burned. The destruction of these businesses constituted over 45% of the total material damage caused by the riots and, according to the Asian and Pacific American Counseling and Prevention Center, 730 Koreans were treated for post-traumatic suffering.

For many Korean Americans, these disastrous events seemed like the end of their American Dream.

In a segment produced by Arthur Dong as part of KCET-TV’s Emmy-nominated special documentary “Life & Times: Exit King Blvd,” Korean store owner Bona Lee recalled, “When I was little, I always dreamed of America as the country of opportunity, the country of freedom. That’s why I always [wanted] to come here.”

Lee, who at one point worked five jobs simultaneously, told KCET, “We saved all this money… and bought this business and as you see, it’s gone like ash.”

Yet, in the intervening 23 years, the Korean American community has regained strength through the peoples’ mutual devotion to the preservation of their culture and their political representation.

Since the riots, countless community organizations have put together events every year in commemoration of what is known amongst Korean Americans as the 4.29 riots. One of these organizations, the Unification of Disabled Latin Americans (UDLA), offers volunteer opportunities for children and parents throughout the whole year. This year they hosted a Peace March on April 25 in memory of the 4.29 riots, an event aimed at spreading racial harmony and community spirit.

“Not only are we unifying to remember the tragedy of what had happened years ago,” she continued, “but also to see what diversity can bring to this community and the people. As a [five year] member of UDLA, I’ve learned that diversity is what truly unites people and that these events will help raise awareness and send a message to the community that these riots shouldn’t occur in our city again.”

The Korean Boxing Association is another organization that has been making efforts to bring about racial reconciliation. For the past 22 years, this association has joined with the USA Boxing Association to hold an annual multi-ethnic boxing tournament where hundreds of community spectators and youth athletes enjoy a time of racial harmony and friendship. This year, the tournament was held at Shatto Recreation Center on April 25.

“When the boxers work out together and compete in the ring, they see no color,” said President Daniel Chung of the Korean Boxing Association in an interview with Korea Daily reporter Nicole Chang that was published on March 25.

“They love boxing and that’s the common goal,” he said. “They may be fighting inside the ring, but outside the ring, they’re amongst friends and I want to teach them the power of friendship and good sportsmanship to bring about racial harmony.”

As someone of mixed African American and Korean heritage, Mr. Chung faced racism all his life but chose to react with love and forgiveness instead of hatred. For the past 22 years, he has dedicated his life to bringing racial harmony by devoting much of his time to teaching free boxing lessons to children and hosting this annual tournament.

The 1992 riots caused hardships, tribulations, and nightmares. Over the years, however, community activists have striven to bring about peace in multiethnic communities.