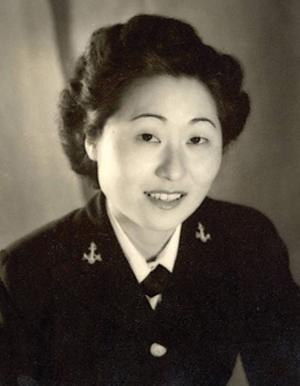 On Thursday, July 2, hundreds of people including notable community figures gathered inside the Hall of Liberty at Forest Lawn Memorial Park in Hollywood to celebrate the life of Lieutenant Susan Ahn Cuddy. As the first Asian American woman to join the US Navy and the Navy’s first female gunnery officer, Cuddy was a trailblazer for Asian Americans who served a pivotal role in influencing future generations.

Cuddy valued both collectivism and leadership. In her last public speech, on June 23 at the 35th Annual Korean American Coalition (KAC) National College Leadership Conference, she announced, “If you want to be a leader nobody will come for you. You have to take the first step.”

She was influenced by the morals and values of her father, Dosan Ahn Changho, who held progressive beliefs and encouraged his daughter to be firm in her ideas rather than subservient to males. Although denied many opportunities because she was Korean and female, Cuddy endured and made an important contribution to the war effort in World War 2.

As a public speaker later in life, she helped youths by teaching them how to organize in the community. Thus, her legacy will remain constant and her life will continue to be a beacon of inspiration for future generations.

“I think Susan Ahn Cuddy wanted to give us a lesson that it is very important to be the one who leads and represents people,” said Abbey Cho, a senior at Maranatha High School.