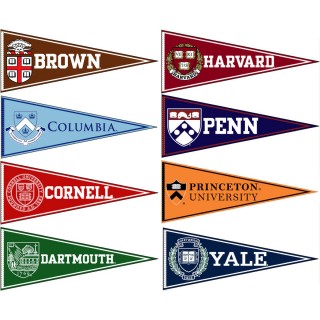 Every time I’ve gone into a hagwon, the place is adorned with school flags from brand name schools such as Harvard, Stanford, and the University of Pennsylvania. Several of my friends are sent to these hagwons by parents who hope to challenge their children and eventually send them to prestigious universities.

Many parents equate acceptance into a well-known institute of academics as the way for future success. For several Asians in my community, dealing with parental expectations is actually more stressful than school itself.

Higher institutes of academics, however, do not always please the students themselves. Moreover, just because a student attends a top-tier school does not mean that school will be the best place for that student to study for his chosen field. For example, in a ranking done by US News Education, the University of Texas computer science program ranked ninth in the nation, whereas Yale University was number 20.

Yet parents will push their children to go to these brand name schools due to the stereotype of prestigious schools having stellar programs for every field of study. For this article, the difference between having extreme parental expectations and laid-back expectations were seen through distinct surveys and interviews.

In an interview with JSR, Sunjin Kim, whose parents are both immigrants, stated, “Several parents who lived in Korea move to America because America has a better learning environment with a greater opportunity to study and succeed, so they would expect their kids to do much better than they would have in Korea.”

In a JSR survey of Asian high school students, 74% replied that parents place more emphasis on education than anything else in high school. Ninety-five percent of those students who replied said their parents have high to extremely high expectations for their grades. According to the survey, parents are more concerned with the label of their students’ future school, while the students themselves worry more about the college and career paths that suit them.

John Lee, a survey participant from Crescenta Valley High school, stated, “My mom has especially high expectations for my grades, so now I worry more about fulfilling my mom’s expectation more than… school itself.”

In a separate interview, Lee told JSR, “My parents almost force me to take high level classes, but because the people around me take even more AP classes, my parents also expect me to compete along with them.”

Because several students take an onerous four, five, or even six Advanced Placement (AP) classes a semester, Asian parents want their own children to take that many as well in hopes of getting a higher GPA and improving class rankings. As they take rigorous AP and Honors classes, several students stress all throughout the night just trying to get homework done.

On top of AP classes, there are standardized tests such as the SAT, ACT, and SAT Subject Tests. With students’ thoughts already on school itself, they are again stressed by parents pushing them to do well on their standardized tests for college as well.

In an interview with JSR, Joshua Kim, another survey participant, said, “Dealing with school is already a struggle itself.”

Being unable to fulfill parental expectations can cause unfortunate consequences, which is why several Asian students despise these expectations.

“There are several times when I want to pursue my own goals in academics, but parents can sometimes restrain [me] from doing so,” Lee continued, “Parents want [me] to fulfill their expectations first before [my] own expectations and during these moments, I find it hard to accept my parent’s expectations… Why can’t I pursue what I want to do first?”

Some students do have lenient parental expectations. Sunjin Kim, quoted previously, continued, “My parents do have high expectations for me, but they don’t push me to do well. They want me to push myself and know what my goals are instead of them leading me onto their own path.”

With more lenient parental expectations, some students become more self-motivated. Additionally, they are not as stressed as students with high expectations. Several online sources concur that self-motivation is, in fact, a great way to decrease stress levels.