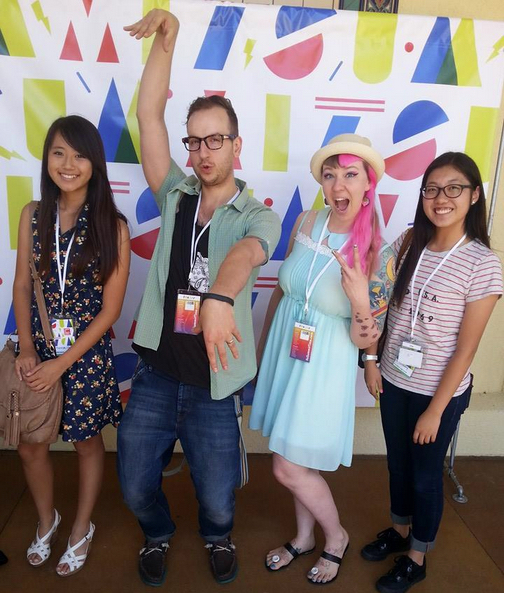 Since the early 2000s, the famous “Hallyu Wave” – which describes Korean entertainment and popular culture including pop music and dramas – has permeated to many Asian countries and even North America. Therefore, so has the Korean language.

As an avid fan of Korean pop, or K-pop, I have noticed an increase in international fans of the genre over the past few years. Although K-pop already had somewhat of a following, Psy’s hit 2012 song “Gangnam Style” garnered a lot of attention from non-fans and new fans.

On the Youtube pages of K-pop groups’ music videos, international fans post comments in different languages such as Vietnamese and Japanese, expressing their love and support for their favorite groups. Sometimes, non-Korean people even resort to Google Translate to post “I love you” or even “hahaha” in Korean.

Korean dramas have also gained popularity from many international fans. Due to the Hallyu Wave, the audience has extended beyond just Korea to many other countries as well. Many phone applications, such as Viki or Dramafever, stream Korean dramas for fans for free. There are subtitles for non-Korean speaking users, in languages such as Arabic and Spanish.

I personally experienced the passionate and hot response from international fans back in 2012. That year, I attended the annual K-Pop Convention (KCON) in Los Angeles and was in for a shock. During the convention, I was so fascinated to see that so many non-Korean people knew about my favorite Korean bands, watched all their music videos, bought all their albums, and signed up for their international fan clubs. During the concert, many of these people sang along to Korean lyrics they may have not even fully understood and danced to songs regardless of the beat.

According to the Korea Daily, almost 80 percent of KCON attendees that year were not Korean.

At the convention, I got the opportunity to talk to many non-Korean K-Pop fans. I met two African American sisters who have been following K-Pop since 2009. We talked about our favorite groups and I was so intrigued to realize that they knew so much about Korean culture and language, including Korean terms such as “daebak” (wow) and “hoobae” (junior, in school).

During an interview with JSR, West Ranch High School junior Nicolette Syed shared that she really liked Girls’ Generation, a K-Pop girl group whose fame has spread to Asia and North America. She even attended this year’s KCON to see them.

Due to their love for Korean pop music or Korean dramas, non-Korean fans have developed an urge and willingness to learn elements of the Korean language. Although very few international fans learn how to speak with complete fluency, they have acquired short Korean phrases and words such as “oppa” (older brother or male) or “aegyo” (acting cute). Their usage of these words is evident throughout their comments on websites related to Korean entertainment.

Simon and Martina, famous YouTubers, currently live in South Korea and post fun videos of themselves talking about issues related to Korean culture, food and music. They are examples of fans who love Korean culture and are gradually learning the language. Through their Youtube channel Eat Your Kimchi, they express their love for Korea to hundreds of thousands of viewers.

My Korean American friends and I are often amazed at how popular Korean pop music and Korean dramas are among fans scattered in different countries. I ponder the great appeal of Korean entertainment.

“I think it’s so amazing that there are so many people who understand and even enjoy the difference in cultures. It allows people in different parts of the country to have common interests and that is just a really awesome thing to be aware of,” said Ashley Ku, an avid K-Pop fan and junior at West Ranch.