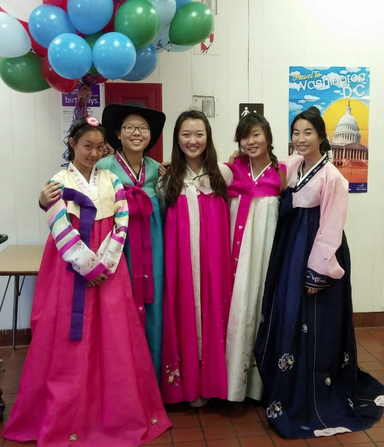 Identity can include both physical or nonphysical characteristics. There are many ways to describe myself, but my Korean American identity has become one of my most defining characteristics as the years have passed.

Growing up in Los Angeles with Korean immigrant parents, I have always been aware of my Korean American identity. Yet it was not important to me until I entered my teenage years. In kindergarten, I barely understood the concept of people being different by ethnicities because teachers had taught us that everybody was equal and the same. As the years passed, I graduated from the clueless days of kindergarten and the days of conformity in a Korean-dominated elementary school. I learned that even in today’s society, not everybody is equal and the same like I had been told. However, I take pride in the fact that Koreans have overcome difficult obstacles in the past to arrive where they are now.

Facing prejudice and discrimination was a common ordeal for Korean immigrants and Korean Americans in the recent past. When the Los Angeles Riots broke out in 1992, Koreans were judged cruelly and experienced violence, racism, and resentment.

One of the many conflicts involved a Korean store owner, Soon Ja Du, who shot and killed an African American teenager named Latasha Harlins but was not sentenced to prison. Another reason for tensions was that African Americans in Los Angeles felt disrespected by the Korean immigrants who were thriving as store owners.

Even though more than twenty years have passed, Koreans still face hatred and discrimination. There are misconceptions about South Korea, such as the stereotypes that Koreans only see dogs as food or that all Koreans are from North Korea. When I was younger, I remember some of my classmates would teasingly ask ignorant, mocking questions like, “Did you have dog for dinner?” or “Have you ever met Kim Jong Il?”

However, times have begun to change as people are becoming more educated and open-minded. Koreans are now able to show pride in their culture, which has been greatly shown by the increase of organizations and activities related to South Korea and participation in such organizations. Popular organizations and programs that have attracted Korean Americans include Liberty in North Korea (LiNK), Korean Club, and the Joongang Student Reporters (JSR) Program, to name a few.

Before I entered Whitney High School, a predominantly Asian school, my Korean American identity meant little to me because I was surrounded by hundreds of other Korean Americans who did not seem to think about their identities at all. But Whitney is different. At Whitney, students are able to join cultural clubs, like the Korean Club of which I am a member, and showcase their cultural talents at school events like Talent Show, International Day, and Culture Show.

Michelle Lee, Whitney junior and Korean Club dance choreographer, stated in an interview with JSR, “I hope to promote our culture and get people at our school more excited about showing cultural pride. I like that people with the same interests can get together and complete a goal.”

After participating in the Talent Show and International Day with Korean Club, I found a new respect and love for our culture. Through the months of practice and preparation, I bonded with other Korean Americans. We stumbled through the traditional fan dance and K-pop moves in the beginning, but in the end we pulled off the performance successfully. The memories I made at Whitney made me feel like I was part of a special group.

When I interviewed Alice Hong, president of Whitney’s Korean Club, I found that others join activities related to Korea for the same reasons I do: to meet people with similar interests and experiences.

Hong stated, “Not everyone knows the same things or likes the same things as me, so with Korean Club I can share those interests and we can bond together. I also get to meet new people and learn new things.”

Jessica Park, a sophomore at UC Santa Barbara, was Whitney’s Korean Club President her senior year and is creating a LiNK chapter at her university this year. She expressed, “I hope to raise awareness about the Korean culture and encourage those, Korean or not, to understand our cultural norms better, because knowledge of such things prevents ignorance.”

Park credited these activities for keeping her close to her roots, stating, “I would have to say that participating in Korean Club and LiNK prevents me from losing my culture… these activities give me a sense of understanding where I come from, and hence, let me better understand myself.”

Park’s statement brings to attention the importance of Korean American identity. For Korean Americans, it would be extremely difficult to conform in South Korea due to the cultural differences. Even if they all have “Korean blood,” the different environments distinguish Korean Americans from native Koreans.

Yet Korean Americans have the responsibility of juggling their two cultures because, while they are different from native Koreans, they are also all Korean at the same time. Without the presence of these Korean Americans, knowledge of the rich traditions and values of Korean culture would be lost in this country.

Thus, Korean Americans must work to become strong and spread Korea’s traditions and culture. By being a Korean Club member, I have learned traditional Korean dances for performances. In my years with JSR, I have written about issues among Koreans and also had the privilege to meet influential Korean Americans.

While these programs raise awareness of Korean culture in the US, other Korean American students are banding together to make changes across the globe. LiNK, according to its Rescue Team intern Matthew Ha, strives to work with North Koreans to accelerate change by rescuing North Korean refugees.

LiNK fights against stereotypical views of North Koreans by shifting the public’s focus from politics to the people of North Korea. This includes special events like this summer’s summit at Pepperdine University, where members got to meet North Korean refugees, and Liberty Nights, where high school students spread awareness by walking through Koreatown. They raise funds and awareness for their rescue operations and show the humanity and compassion in North Koreans that can be overlooked amidst political turmoil.

West Ranch High School junior Sydney Chang, also a member of JSR, spoke of her experience with her school’s LiNK Club, telling me, “It’s really funny because I thought I knew so much about the North Korean crisis. I figured if I knew who the [leader] was and where the country was located, then I was pretty up-to-date.”

She continued, “It turns out, I only knew what happened outside the country, not inside the country. [Through LiNK,] I was exposed to the North Korean citizens who possess great persistence and cheerfulness. This realization was completely mind-blowing for me and has kept me in support of the crisis for many years now.”

Ha added, “Seeing the support that we have, from high school students and people from all over the world, got me really motivated. Also, just knowing that I have an impact on the issue is the most rewarding part of being with LiNK.”

Not only are Korean Americans brought together through activities like LiNK or Korean Club, but they are also brought closer to their Korean roots.

“It does hit home when I hear the refugees speaking in Korean because I can understand what they are saying,” Ha concluded.

Michelle Lee stated, “I definitely feel closer with my culture by being involved with Korean Club. You can talk to people like you and are surrounded by people with shared interests, so you feel closer with your culture.”

Korean Americans balance two different cultures and learn to accept that they are both Korean and American. I will not forget my duty to walk with pride as a Korean American and to spread awareness of Korean culture.

Click below to view the entire interview with Matthew Ha: