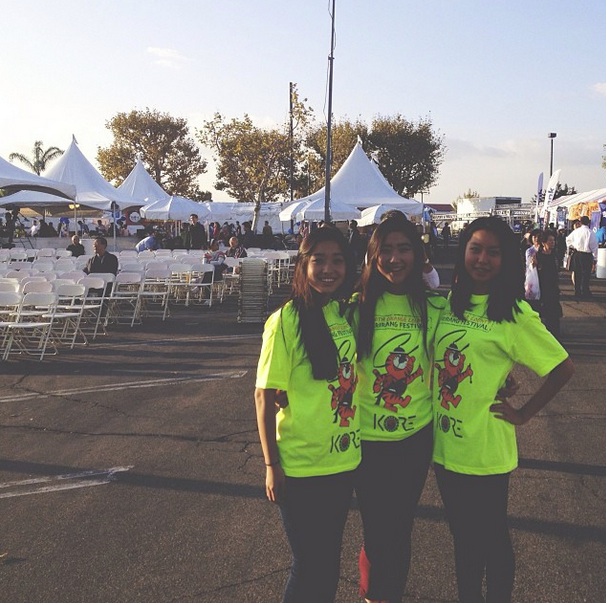 The 30th annual Korean Arirang Festival of Orange County was held from Oct. 10-13 in Buena Park. Sponsored by various Korean-owned and oriented businesses, the festival was created to express Korean culture to the community through means such as performances, food, games, and other traditions.

There were bands that came and performed songs from top hit artists like Jason Mraz and Train. The light and cheerful music lightened up the atmosphere as people of all ages walked around, visiting different booths that exhibited various arrangements of Korean merchandise and eating traditional Korean foods such as ramen, kimbap and rice cakes.

Different programs were held throughout the period of four days. The first two days started off with talent shows and musical performances along with guest singers, and the last two days ended with Korean traditional cultural showcases in Ssireum wrestling, Tae Kwon Do, and Jang-gu drumming performances.

This year, a group of volunteers from Canyon High School’s Korean Club came to volunteer at the festival. They helped by moving equipments off of the stage and directing people to different events that were going on. Student volunteers themselves also showed Korean spirit by dressing up in Hanbok, traditional Korean clothing, and participating in the different events.

“When we first got there, we put on really nice customized shirts for the specific events that were going on,” said Victoria Doan, sophomore volunteer. “It was heartwarming to see different ethnicities getting along with the Korean Culture.”

The Korean Festival was successful in attracting the community, teaching about Korean traditions and enhancing awareness of the different cultures in Orange County.