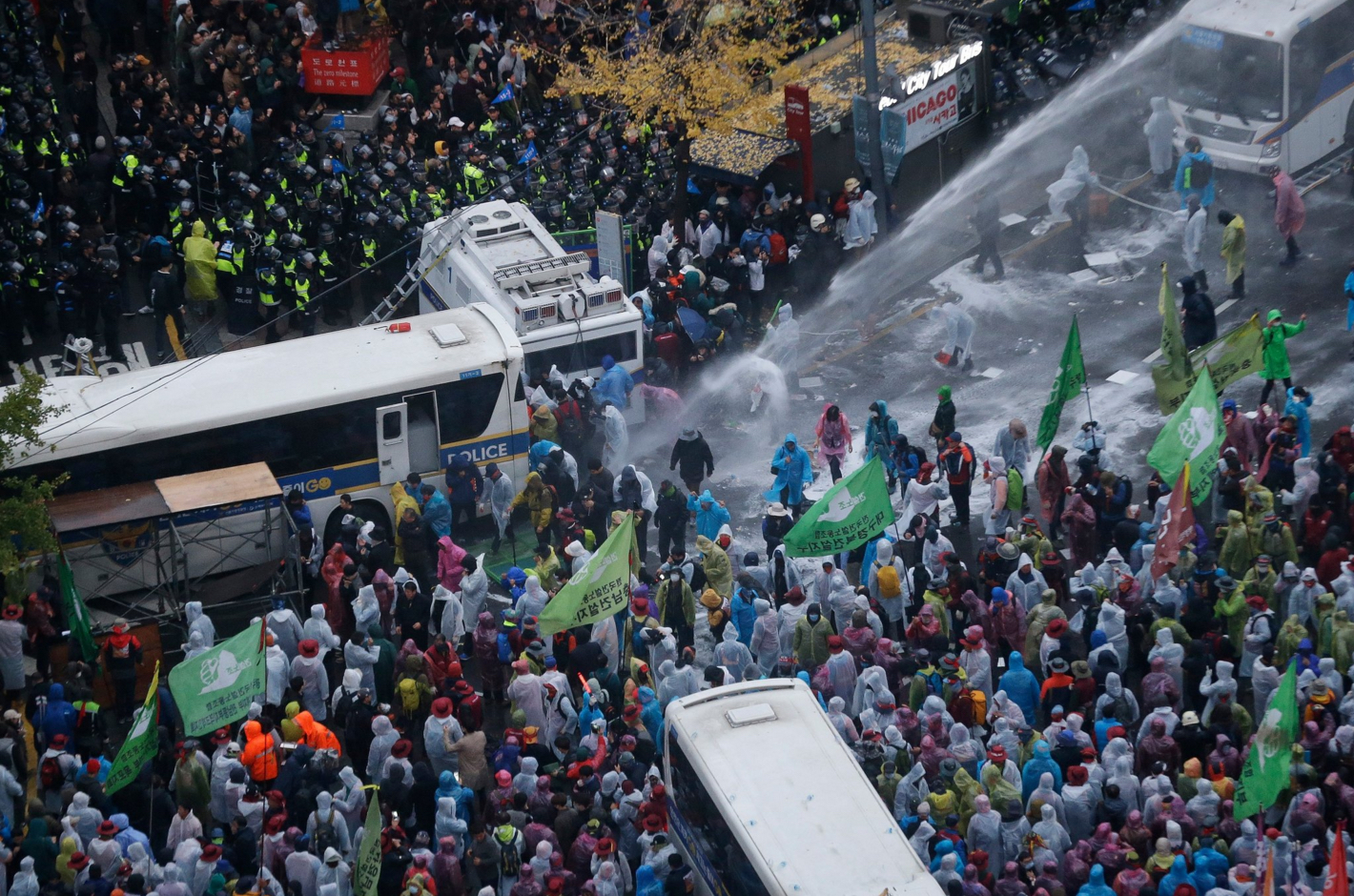 Al Jazeera News has reported that approximately 30 people were injured on November 14 during a protest in Seoul calling for President Park Geun-hye’s resignation after Park’s faulty plan to curb youth unemployment. The crowd was estimated at 80,000 participants.

South Korea faces underemployment, a condition in which many have jobs but are not fulfilling their full potential based on their education and skills. Park’s government has come under fire for plans to make the labor market more flexible by giving employers an easier way to fire workers. According to the president, this would open the youth employment market further.

These plans have been met with great criticism from the public, any of whom say the layoffs will do the opposite of what they are intended to do and only give more power to the wealthy. Organized by labor leaders, the November 14 protest highlighted complaints against this policy as well as objections to the government’s new plan to issue official state history textbooks. JSR has previously reported about that controversy, with recent articles from correspondents Jumi Yoon and Sung Hoon Choi.

After blocking a major street and clashing with police, the protesters were dispersed with a combination of tear gas and water canons, leading to the injuries.

According to interviews obtained by JSR, there is a palpable worry among young workers in South Korea that their economic prospects are dimming.

Kim told JSR, “Being a barista isn’t horrible,” she told JSR, ”but I expected to gain a job as a manager at Caffe Bene rather than making the coffees myself.”

This scenario, is becoming more and more common in South Korea. Young people are beginning to find it hard to find a permanent job.

Kang Younghui, a current student at Yonsei National University, expressed her concerns to JSR regarding the plan proposed by Park Geun-Hye.

“I’m really worried about whether I’ll be able to find a job once I leave college. It’s hard enough to find a job since I’m a history major, but if this plan comes into effect, it’ll be that much harder.”