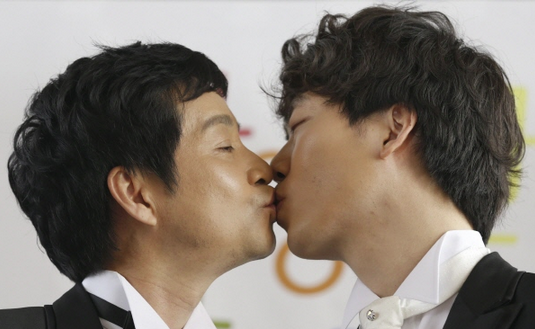 On June 26, the United States became the 21st country to legalize same-sex marriage in a national level. According to a Gallup Poll conducted in May 2015, 60% of Americans support same-sex marriage. With the #LoveWins hashtag trending on social media after the Supreme Court’s decision to overturn state bans on same sex marriage, it seemed like the majority of American citizens were welcoming this new change.

Yet in South Korea, an astounding amount of negative comments were also posted online as news regarding same sex marriage began to spread.

Sungeun Hyun, a Korean high school student who is against same sex marriage, espoused anti-gay beliefs in an interview with JSR, stating, “Homosexuals are known to be the main carriers of sexually transmitted diseases. I heard that many people who are HIV positive are homosexuals. Knowing that welcoming same-sex marriage will cause this damage, I am against same-sex marriage.”

She also believes that same sex marriage in Korea will cause social uprisings.

Some believe that the Korea Queer Culture Festival (KQCF), typically held annually and intended to make citizens more comfortable with people who identify as lesbian, gay, bisexual, or transgender (LGBT), are actually making South Koreans more against homosexuality than they have been previously. According to festival’s website, the purposes of queer festivals are to notify the Korean society about the existence of sexual minorities and to make the society hear their voices. Through communicating with the society, Korea Queer Festival hopes to act as a stepping stone in establishing a society where sexual minorities are acknowledged and respected as members.

Despite its positive intentions, this festival has been viewed negatively by many members of the public who are made uncomfortable by participants’ displays of nudity and flamboyance.

Since Korea is a traditionally conservative country, negative reactions from the older age group were somewhat expected. However, many people are surprised to see that many people from a younger age group reacted negatively towards the subject as well.

Although there are many Koreans who are against homosexuality and same sex marriage, the country is a democracy and all citizens must be treated equally and provided the same rights. Prohibiting certain individuals from marriage because of their different sexual orientations is simply unjust.

Yet, it is important to question whether or not Koreans are ready to accept same sex marriage. Without the citizens’ approval, same-sex marriage in Korea could cause a catastrophe of uprisings.