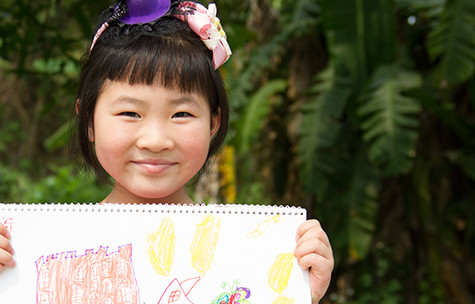 On Thursday, June 12, Liberty in North Korea (LiNK), a nonprofit organization dedicated to help North Korean refugees, hosted its first annual summit at Pepperdine University in Malibu, California. With the main theme of “People Not Politics,” this four-day event gathered a diverse group of people united by their drive to educate and motivate.

Welcomed by warm smiles and greetings from the LiNK staff, representatives came from 21 different high schools and 65 universities scattered across five different countries. The climax of the Summit occurred when the four special guest speakers took the spotlight.

Kim escaped from North Korea and traveled from China to America during his teenage years. He lived with his foster family in Virginia and attended high school in America. He has been living freely ever since. Park’s family, on the other hand, was originally ranked high in society. However, she escaped the North Korean borders with her sister and mother after a relative’s death caused her to lose everything and suffer in the North Korean society.

Lee led his life smuggling items over the border to make money. He was imprisoned for a while, however he gained his freedom from North Korea after his escape. Yang’s story was similar to Park except that she was separated from her family for many years until she was able to reunite with them through LiNK in 2011.

In addition to hearing testimonies from the refugees, attendees participated in workshops to learn more about the humanitarian crisis in the country and efforts to make change through workshops. By hearing from speakers like David Kang, USC professor of Korean studies, and Sarah Palmer, LiNK Rescue Teams Manager, attendees attained more knowledge about the conditions in North Korea and learned ways to fundraise for rescues.

Hannah Chong, an attendee and senior at West Ranch High School, told JSR in an interview that, “I never knew outside media such as South Korean dramas and music was this influential in North Korea. This is proof that the people’s hope for freedom is increasing.”

The LiNK Summit was a great way for supporters to stimulate their passions for this crisis even more.

According to Seongmin Lee, “I believe one day, North Koreans will be able to choose our own way and show what we are capable of.”