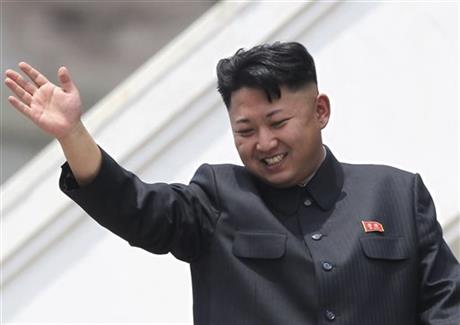 Model United Nations (MUN) is an international program for middle, high school, and college students who are interested in world affairs and global relations. They devour news articles for homework, hold mock UN conferences at universities around the world, and even travel as far away as London and Beijing. Thus, I believed that the MUN students at my school, Santa Margarita Catholic High in Rancho Santa Margarita, would know a good deal about Korea.

When some people at my school hear the word Korea, the first thing that comes to their minds is the image of a militaristic communist nation. From that, various perceptions of Korea spring forth, all of them in relation to shadowy images of communism and despotism. Very little is known about South Korea, a constitutional republic with more than 51 million people and what the International Monetary Fund (IMF) estimates is the 13th-largest economy in the world.

Notice that the subject of the last sentence is North Korea, with South Korea as a direct object; the syntax of the sentence tells it all: North Korea is central to Americans’ discussions of Korea and South Korea is something like a subordinate clause.

Similarly, Alex Estrada answered the question by exclusively focusing on North Korea and its relationship with South Korea: “There’s a lot of tension right now between North and South. The Korean war hasn’t ended.”

In America, to some, Korea holds a negative connotation. This is because the negative images of North Korea overshadow the images of bright achievements and brilliant progresses of South Korea. This negative perception, since the Korean War, has lasted in the US and may even be stronger now than it was during the Cold War.

Take, for example, the triumphant industries of South Korea like Samsung and LG. Many Americans use Samsung products, but they don’t necessarily know that the phones they adore come from South Korea. Even if they do, they exhibit an apathetic attitude. It doesn’t help with image improvement when Kim Jong Un surprises and scares the world with occasional nuclear tests and not-so-secret cyber attacks.

The negative image of Korea is perpetuated through media; the reference to North Korea’s military ambitions and missile projects are played and talked about on various news channels. Most recently, the movie “The Interview” is an example of the perpetuation of negative image of North Korea. That film comically paints the horridness and terror of North Korea, worsening the perception of Korea for the American public. This movie may plant a vivid North Korea stereotype on American people for a long time. That it it has been pulled from major theater chains because of threats of North Korean terrorism only worsens the image of Korea.

It is true that South Korea is increasingly becoming famous with its triumphant K-Pop industry and food exports. However, these efforts are not enough to extinguish Americans’ negative perception of Korea. Through the interviews, I learned that the descriptions of South Korea were all comparisons with North Korea. When asked to talk about South Korea only, people didn’t know what to do!

“Oh my. No,” said a student named Megan during her interview with JSR when asked to talk only about South Korean culture. To the same question, Akins answered, “I don’t know anything.”

It is surprising that these bright MUN students are so unaware of the current South Korea while at the same time are experts of the politics and history of North Korea and its darkness. They are certainly missing out on quite a few great things.