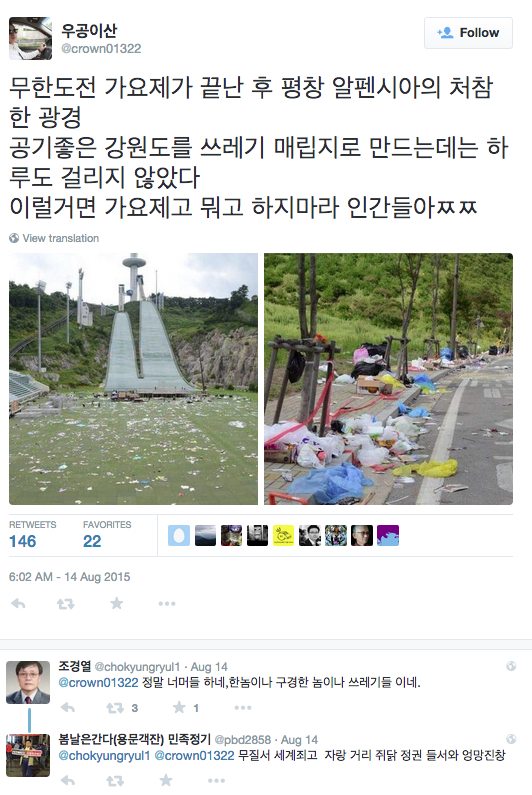 In the aftermath of a music festival, students are expressing their views of how to increase civic consciousness.

When asked how we can develop civic consciousness, Hanmin Yoo, who is a student at Yungdong High School in South Korea, told JSR, “The reason why civic consciousness is low is [because we do not] watch our behavior. We are not punished even if we do something wrong [and this leads] people to do immoral behavior.”

“To develop civic consciousness,” he added, “we should install security camera in public space to watch how people act in public. Imposing fines to those who violate the rule is important too.”