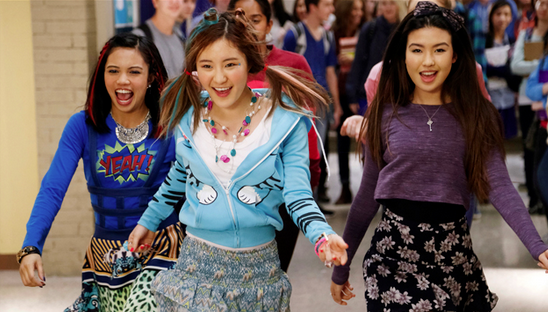 Nickelodeon’s “Make It Pop,” a new series premiering on April 6, has been garnering mixed opinions.

The show, produced by Nick Cannon, features a group of high school students who are inspired to start their own band. This storyline may sound repetitive and reminiscent of many previous Nickelodeon shows such as “How to Rock” or “Big Time Rush,” but this series actually introduces something new to the audience: it is influenced heavily by Korean pop music.

Through various posts online, including a petition that received the support of over 8,000 people, some K-pop fans have expressed negative opinions of “Make It Pop.” Many are fearful that the show will ridicule or misrepresent the genre, creating the possibility of undesirable and untrue interpretations of K-pop. In their appeals, K-pop fans have referenced the unfavorable reactions towards the movie “Wonder Girls,” a movie which revolved around the K-pop girl group Wonder Girls and premiered on Nickelodeon in 2012.

Reactions have not been all negative though, as many also believe that this is an opportunity for exposure and progression. Megan Lee, formerly a K-pop idol, is set to be the main character of this show. Due to her Korean ethnicity, the show represents a step towards greater Asian representation in American media.

Hana Kim, a freshman at Gretchen Whitney High School who enjoys K-pop music, explained her thoughts to JSR, saying, “I think it is very cool and a great way to spread Korean culture. I believe this show could be a great influence and could lessen anti-Asian discrimination.”

Reactions have been strongly divided, but still very little about the show is known. Once it premieres, it will be interesting to see what this show has to offer to American media and how it can make a change for the K-pop genre and Asians in the media.