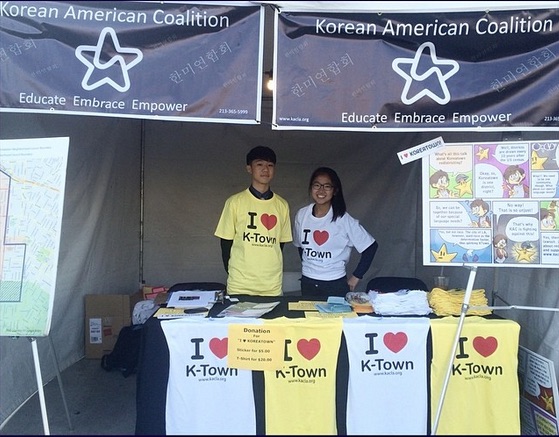 Many Korean Americans in Koreatown are upset over redistricting, the process of redrawing political boundaries to reflect changes in the population as determined by the decennial US Census.

Encompassing 2.7 square miles of land in Central Los Angeles, Koreatown is a community comprised mainly of Latinos and Korean Americans, many of whom are limited-English speakers. Until 2012, Koreatown maintained unity under one district through the help of many organizations. However, in June of 2012 the City Redistricting Commission split Koreatown into two districts: City Council Districts (CDs) 10 and 13.

By splitting the community into two districts, the city prevents Korean Americans from collectively voting for a representative.

Grace Yoo, a candidate for city council in CD 10 and former executive director of the Korean American Coalition, stated in an interview with JSR, “I am really unhappy about the city’s rationale for this partition because the reality is that they could have kept Wilshire Center Koreatown Neighborhood Council (WCKNC) whole and they chose not to. I believe the city is in violation of the US Constitution’s Equal Protection Clause and the LA City Charter Section 204, which requires that communities of interest shall be kept together whenever feasible.”

The Equal Protection Clause, enshrined in the US Constitution’s 14th Amendment, asserts that no state shall “deny to any person within its jurisdiction the equal protection of the laws.”

Five Korean American residents have expressed outrage by filing a lawsuit against the city. The plaintiffs are asking for reconsideration of the boundary lines and the reunification of Koreatown into one district.

“A distinct neighborhood, such as Koreatown, with common interests should be united as one [because unity] provides community empowerment and allows [residents] to have a voice and be represented,” Yonah Hong, one of the five plaintiffs who filed the lawsuit, told JSR.

Hong continued, “The city’s decision was unfair and it was an injustice to the Koreatown community.”

The plaintiffs claim that the council redrew the lines in a transparent act of gerrymandering.

“The decision was influenced by politics and those in power who wrongfully used their influence to selfishly push for their personal agendas and not for the betterment of the community,” said Hong.

According to Yoo, “We have evidence, via an email that [CD 10 Commissioner Chris] Ellison put forth, that [the redistricting of the area] was to keep CD 10 predominantly… African American… and [it is] therefore a violation of the Equal Protection Clause.”

“I’m hoping that justice will prevail,” said Hong. “I’m also hoping that the redistricting process will be changed so that the decision of drawing the boundaries will be more influenced by the people and not of those select few in power.”

Herb Wesson, who became Council President in 2012, currently represents Koreatown, Mid City, West Adams, and other nearby neighborhoods as the councilman from District 10. Wesson and his fellow council members have been accused of discussing important matters behind closed doors for their own benefit.

In response to the lawsuit’s call for a court-supervised special master to redraw the boundaries, lawyers representing the city had no comment. Wesson has also given no comment, according to his spokesman.

The litigation will likely continue for several years, and the Korean American Coalition has asked for donations to support the ongoing lawsuit. To learn more, visit kacla.org/redistricting.